Xenoblade Chronicles White Eduardo Location – How to Trigger a Thunderstorm

Change the weather to find this unique monster. 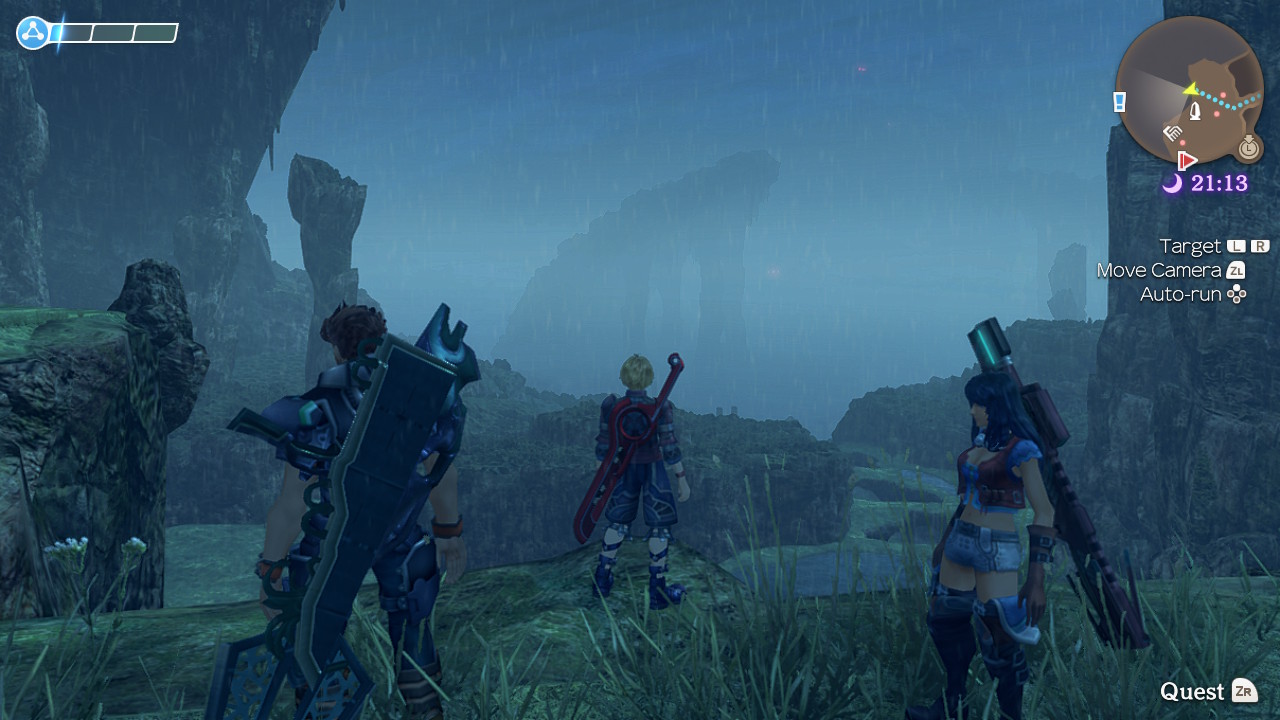 White Eduardo is located at Raguel Lake in Gaur Plains, however he only appears during a thunderstorm. To trigger a thunderstorm, change the time of day repeatedly until you achieve the desired weather condition. Weather in Xenoblade Chronicles happens randomly, but by repeatedly changing the time of day, you can eventually get lucky and make a thunderstorm happen. It’s worth pointing out that Gaur Plain has two weather types involving rain. White Eduardo only appears during a thunderstorm, so make sure you can see lightning in the sky and hear thunder. Otherwise, you’ve got normal rain on your hands and you won’t be able to find him.

Once you trigger a thunderstorm on Gaur Plain, venture to Raguel Lake. It’s by the bridge with a bunch of raised platforms nearby. White Eduardo can be found on a small island that should be pretty easy to spot. It’s a huge white Brog, so it should stand out from the other enemies in the area. It spawns at level 17, so make sure your party is strong enough to take it down. Make good use of Sharla’s healing abilities and be smart with your Arts to quickly defeat this monster. Inflicting Break and Topple will make this fight a lot easier as well.

If you find yourself struggling, work on some other side quests in the area and level your characters up a bit. Just don’t wait too long, as this side quest is timed. Without spoiling too much, the refugees at the Gaur Plains Refugee Camp (including the one that gives you this quest) eventually relocate to a different area as their new permanent home. Once they leave, any quests that you picked up from the Refugee Camp will expire. Make sure to defeat White Eduardo and complete the quest before this relocation happens. You’ve got a lot of time, though, so don’t worry about it too much. So long as you don’t forget about this quest entirely, you should be able to get it done in time.