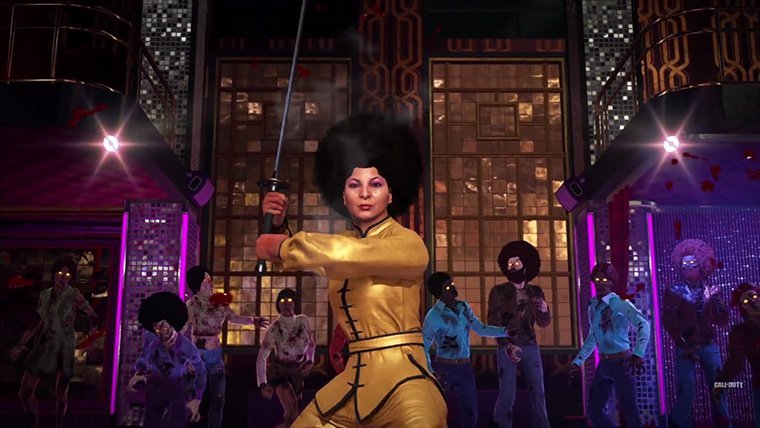 Here’s a step by step guide to unlocking the all the powerful perks for Shaolin Shuffle.  The steps are pretty simple, actually.  You’ll need to collect a few different items and then take them to the Pink Cat Strip Club.

The first step to unlocking Pack-A-Punch in Shaolin Shuffle invovles finding a flyer for the Pink Cat Strip Club.  The flyer can be found in a few different locations.  These include the rooftops near the Racing Stripes, next to Quickies, Near the Pink Cat itself, and by trash near the spawn.

Once you have the flyer, you’ve got one part down.  You’ll then need to collect a Strip Club token coin.  The Coin can be found underneath the Tuff ‘Nuff machine.  You might need to move to the prone position to see the coin and retrieve it.

Now that you have the flyer and the coin, the final piece of the puzzle is unlocking the projector room and placing a reel in the projector.  The reel can be found in numerous areas as well.  You can find the reel at the top of the stairs by the Tuff ‘Nuff machine, to the right of the lockers, inside the Pink Cat on a chair, in the Rat King Lair, and on the top floor of Inferno Disco.

With the flyer, coin, and reel.  You simply need to take the coin to the Pink Cat Strip Club and open the Projector Room.   Once inside just place the reel on the projector and a portal to the Pack-a-Punch machine will open, giving you the necessary perks you need to last longer in Shaolin Shuffle.