10,000 More Final Fantasy 15 Ultimate Collector’s Editions Are Being Made 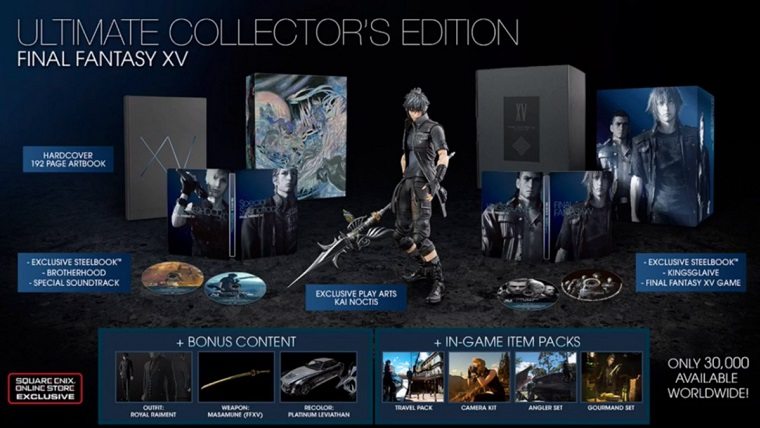 It was revealed during the Uncovered: Final Fantasy 15 event that Square Enix would be releasing an Ultimate Collector’s Edition of the game, which came with a big price tag and was limited to just 30,000 copies worldwide. Many people missed out on getting a hold of one, but now they will have another shot at it.

Square Enix revealed today during the latest Final Fantasy 15 Active Time Report that they will be making another 10,000 copies of the Ultimate Collector’s Edition of the game. This is due to the demand for them being so high and many people getting aggravated over the fact that they didn’t get one or that their orders didn’t even go through.

However, there is a caveat to this news, as Square Enix has warned everyone that these editions of the game may not be ready for the game’s launch. The publisher claims that it is due to circumstances out of their control, but they will be doing everything they can to try and have all 40,000 copies ready for launch.

Final Fantasy 15 is set to launch for PlayStation 4 and Xbox One on September 30th. More information regarding the pre-order availability for this new shipment of Ultimate Collector’s Editions will be coming soon.