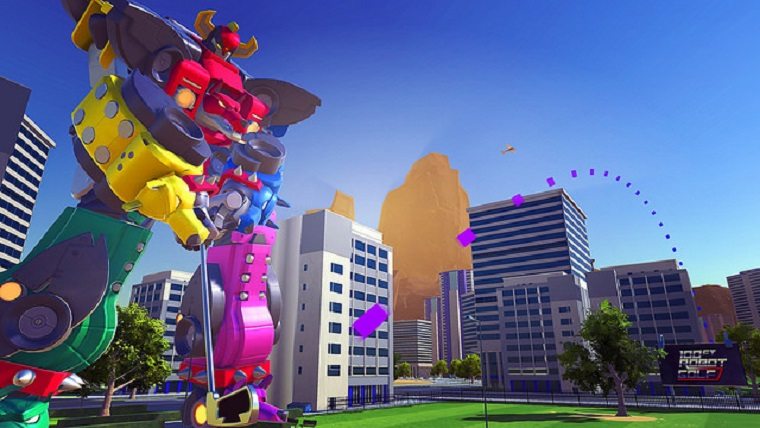 If you ever felt like golf games have been getting stale in recent years, then the PlayStation 4 will have just the game for you in a couple of months. Developer No Goblin has revealed that their destructive golf game featuring massive robots will launch for PlayStation 4 on October 10th, while also revealing some new details about the game.

“Project C is a special project put together by Team NGBL, a secret underground organization specializing in unconventional golfing robots. Whereas most robots have one (or occasionally two pilots), Project C is actually made up of five separate robots, each piloted by an adorable puppy. These five dogs piloting five small dog robots form together to create a golfing megadog that may actually be taller than one hundred feet tall. Surely five dogs can beat one human at the robot king’s game that is 100ft Robot Golf?”

“To help with this dog-based robot golf domination, Project C has a secret weapon. At any time, you can press L1 to summon the Freesword, a mysteriously cheap light-powered broadsword that can cleave any building in half instantly. Is there a building far away that’ll block your shot to the green? Just tap L1 again to throw the sword at it!”