Is 2K Interested In Putting Shaq To The WWE 2K17 Roster? 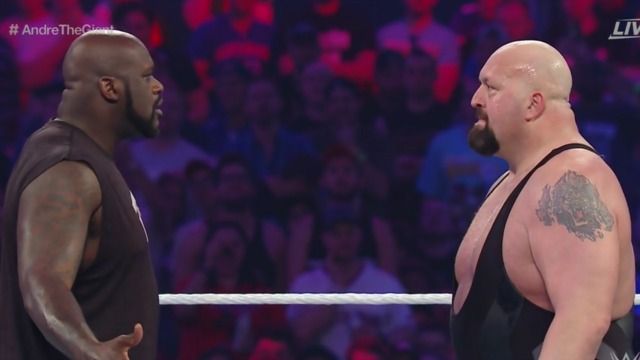 If you watched WrestleMania 32, you may have seen Shaquille O’Neal make a surprise appearance in the Andre the Giant Battle Royal. His appearance may have inspired 2K to add him in WWE 2K17.

NBA 2K’s community manager, Chris Manning, tweeted today: “Hypothetically, after #WrestleMania what rating would @SHAQ have in @WWEgames? He showed up tonight and it was awesome!”

The NBA and WWE 2K development teams share the same resources so it’s possible they could add Shaq as a guest character in WWE 2K17. The franchises use the same motion capture technology and the same graphics engine.

Before you think this is a ludicrous idea, 2K Games already added Arnold Schwarzenegger into WWE 2K16 as a pre-order bonus. Not to mention THQ added Shaq as a playable fighter in one of the old UFC Undisputed video games.

Shaq is a huge WWE fan so putting him in WWE 2K17 could be doable if people are interested in it. He’s not the only NBA player to actually enter a wrestling ring in real life. Both Karl Malone and Dennis Rodman wrestled back when WCW was still in operation.

Would you like to see Shaq as a guest character in the WWE video games, or do you want to see someone else be put in the roster instead?