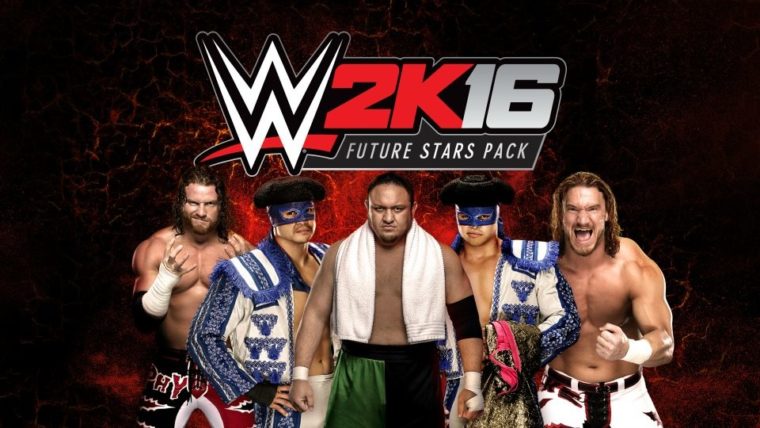 2K Games has announced that it will be streaming the WWE 2K16 Future Stars DLC pack a day before it comes out. This will give fans a little preview before they play it for themselves.

The WWE 2K Facebook page posted: The #WWE2K16 Live Stream returns on 1/25 with live gameplay of the #FutureStarsPack a day before it releases!. You can watch the stream on Monday by clicking here.

2K Games is generous with its streams as they are usually very long. You should be able to see everything such as entrances, signatures and finishers. If you didn’t pay for the Season Pass and want to buy the DLC separately, watching the stream should give you a great preview for it.

The new WWE 2K16 DLC allows you to play as Los Matadores, Blake and Murphy as well as Samoa Joe. The DLC itself launches on January 26th and will cost you $7.99. The Season Pass includes it too. If you haven’t bought the Season Pass, that will cost you $24.99.

This DLC is the second-to-last one to be released for WWE 2K16. The last DLC pack for the game will be the 2015 Hall of Fame Showcase. There is no release date as to when this DLC will be out. It should be out before WrestleMania 32.