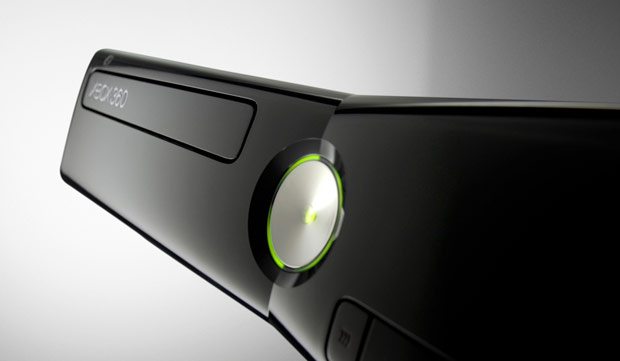 2010 was a very stong year for the Xbox 360 brand.  Flagship titles like Halo and Fable both saw releases in the calendar year and both sold phenomenally well.  A newly redesigned Xbox model was released, much to the appreciation of fans that wanted to trade up their old Xboxes and of course Kinect has been red hot in the final quarter of 2010.  But this is 2011, what about the future you may ask.  2011 will be just as great as any for Xbox owners and here are five reasons why you should own an Xbox 360 in 2011.

1 – Xbox Live is still the premier network for online play

Xbox Live is still the premier network for online play in the console gaming world.  Endless features on top of a sturdy infrastructure with plenty of support keep the Xbox Live Network running smoothly at all times.  Whether you are partying up with friends to frag in Call of Duty: Black Ops, Halo: Reach, Bad Company 2, or any of the other bustling online communities on LIVE you get your monies worth.  There is always someone to play with on Xbox Live because, lets face it, online multiplayer games sell better on the Xbox 360.

2 – More Flagship Titles on the Way

If 2010 didn’t satiate your thirst for exclusive Xbox gaming, 2011 sure will.  Gears of War by Epic Games, the second most popular franchise on the console, is getting it’s third installment in late 2011.  By the looks of it, it’s going to be the best Gears yet.  Another popular franchise, Forza Motorsport by Turn 10, is releasing a sequel: Forza Motorsport 4.  And this one will have Kinect motion controller capabilities and is rumored to use head tracking as well.  Aside from the console exclusive titles coming to the console, there’s always the multiplatform offerings as well.  It’s debatable on whether developers will be closing the gap between quality on the PS3 and Xbox versions of games, but history shows us that most multiplatform games have been much better on the Xbox 360.

If you found this website, you likely visit all sorts of gaming related websites, and are familiar with the hundreds of uses that the Kinect is finding outside the realm of video games.  It’s safe to say that developers are hard at work to utilize this technology for it’s primary function: Controller-less gaming.  Microsoft announced many titles that are in the works at TGS ’10.  Many of them look quite promising.  If one thing is clear at this juncture, it’s that Kinect is here to stay.  Microsoft will be supporting the product, and great games for the device will be inbound this year.

At least for some people it is.  If you just like to get in and get out of your gaming experiences the Xbox 360 is the most user friendly console.  One of the most hated things about the PlayStation 3 are game and system updates, and lets face it, these are a big part of gaming nowadays.  Other consoles can force you to wait hours to install portions of games to make them run smoother this is not the case with the Xbox 360.  Smooth and quick system and title updates are a staple of the console and keep the user experience flowing nice and smooth, as it should be.

Many of the best games on the Xbox 360 can only be found in the Xbox Live arcade.  In 2010, games like Super Meat Boy and Limbo, were two downloadable titles that were revered by game critics around the world.  And 2011 will be another stellar year for the service.  Games like   Battleblock Theater and The Dishwasher 2 are likely to have that same effect.  And if this is your first time with the Xbox 360, you have a lot of catching up to do with Xbox Live Arcade Titles.  Games like Castle Crashers, Perfect Dark, and even multiplatform titles like Peggle and Plants Vs. Zombies are available to download.  Many of these games are discounted throughout the year as well, so you could possibly pick these games up a huge discount.

There’s also alot that we don’t know about that may even make 2011 a better year for the Xbox 360 than we even expect.  Unannounced exclusive titles, system updates that add software and features to the already robust features of the console, new features and uses for the Kinect controller, Microsoft vigorously updates the console to provide the best gaming/media experience for it’s users.