The latest news in the world of video games at Attack of the Fanboy
February 8th, 2016 by Louisa Bhairam 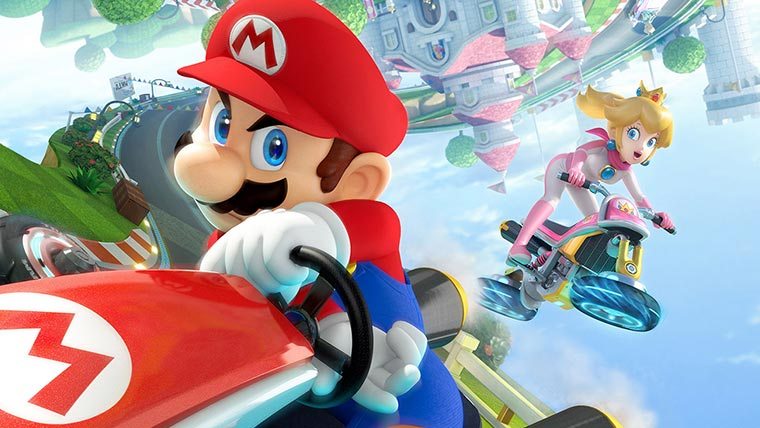 A ‘Mario Kart Flash Mob’ have gone viral after re-enacting a Mario Kart race at Westfield, London. In the video, the pals don their Mario Kart costumes and hop in their electric go karts before taking to the mall floor, bemusing shoppers and security alike.

Although the shopping centre looks fairly empty, the racers weren’t without their obstacles in the form of furniture, a water fountain, and escalators to provide an authentic experience. Mario Kart fans might actually be reminded of the level Coconut Mall on the Wii version of the game, which is set in a shopping centre along the beach.

At one point in the video, Mario throws a banana skin at Yoshi causing him to lose control, something which I’m sure we are all painfully familiar with. The London Evening Standard spoke to one of the gang, who said: “You can’t go wrong with Mario Kart. A lot of people were just looking in disbelief and some high fived us.”

The friends manage a stealthy escape via the car park with Luigi seemingly in the lead. The stunt was initially posted on the Base37 Facebook page, and had received over 200,000 views in the first 24 hours.