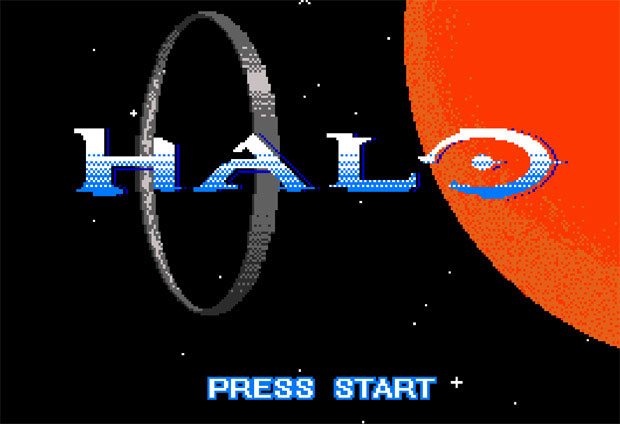 If you like to waste your productivity time as much as I do you might enjoy the recent de-make of Halo Combat Evolved.  Eric Ruth Games recompiled the Xbox classic into one of the best 8 bit side-scrollers in recent memory.

Pixel Force: Halo is the latest installment in Eric Ruth’s Pixel Force 8-bit de-make series.  Much like the rest of the series, this game serves as an artistic vision to depict how the Halo series may have looked if it had been released in 1989 for the Nintendo Entertainment System.  This game is only a recreation of the original “Halo: Combat Evolved”for the X-Box and of no other game in the series.

It’s pretty awesome when you see it in action.  All of the classic weapons are there, sticky grenades, needler gun, even an over powered rocket launcher for good measure.  But be forewarned this isn’t a quick and dirty game.  It’s likely to give you a few fits as this 8 bit remake of the classic is equally hard as it is accurate in the details.  Traditional WASD controls and a no installation package will have you up and running in just a few moments You can get the download here.