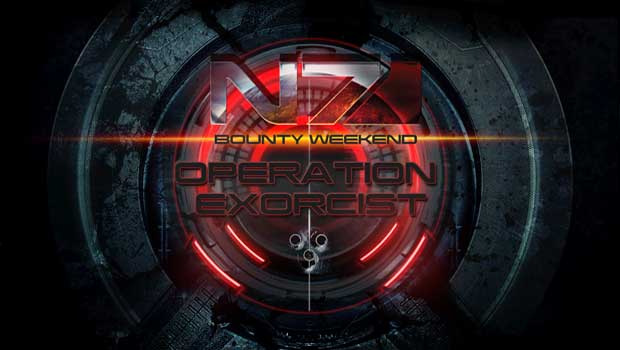 Bioware and EA are hosting yet another Mass Effect 3 Bounty Weekend, starting this Friday April 27th.  Like previous Bounty Challenges for Mass Effect 3, you’ll earn points and prizes for cleansing the galaxy with your crew in Mass Effect 3’s multiplayer gamemode.

This week’s challenge will target an Allied Goal of Killing 1 million Cerberus Phantoms.  Doing so will net everyone that participated in the event, a Victory Pack.  As for squad goals, Survive until extraction on any map and any enemy on Gold difficulty, and you’ll earn a Commendation Pack for all squad mates.

The announcement does bring to light that PlayStation 3 players will once again be left out for this Bounty Weekend, as its only for Xbox 360 and PC.  Bioware had recently said they were attempting to work with Sony to find a way to incorporate PS3 players into the incentivized multiplayer weekends.