The latest news in the world of video games at Attack of the Fanboy
March 28th, 2018 by Jelani James 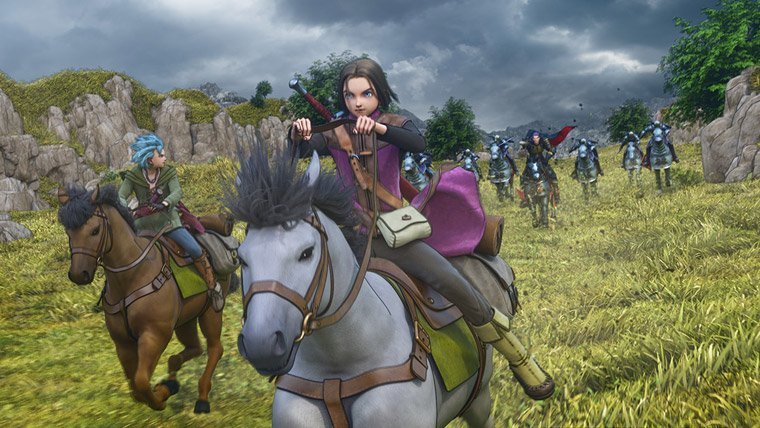 Dragon Quest XI: Echoes of an Elusive Age is finally coming to the West on Sept. 4, and though the release will be a happy one for fans on the PlayStation 4 and PC, the same can’t be said for those who favor Nintendo.

Namely, Square Enix revealed to IGN that the Switch version of Dragon Quest XI will be delayed in the West, while the 3DS version won’t be coming at all.

As to why that’s the case for the Switch, SE said the following:

“We are also developing the Switch version for Europe and North America, but development is expected to take a long time from a technological standpoint as well, so we still have a long way to go until its release.”

Meanwhile, its explanation for the non-existent 3DS version mirrors that of Capcom’s for Monster Hunter: World.

“Our aim with Dragon Quest XI and the Dragon Quest brand is to grow the audience in the West. From a business point of view, it made strategic sense to release the 3DS version in Japan in 2017. For the West in 2018, it made the most sense to focus on the PlayStation 4 and PC (Steam) platforms.”

So, what are we missing out on by not getting a 3DS version of DQ XI? A complete remake of the Japanese PS4 version, played in both pixel art and 3D versions across the handheld’s two screens. Basically a modernized version of the classic DQ experience.

Dragon Quest XI: Echoes of an Elusive Age is due out for the PlayStation 4 and PC in North America and Europe on Sept. 4. As for the Switch version? That’s still unclear, but SE is confident it won’t be coming before the end of the year and could very well arrive “much later.” Ouch.