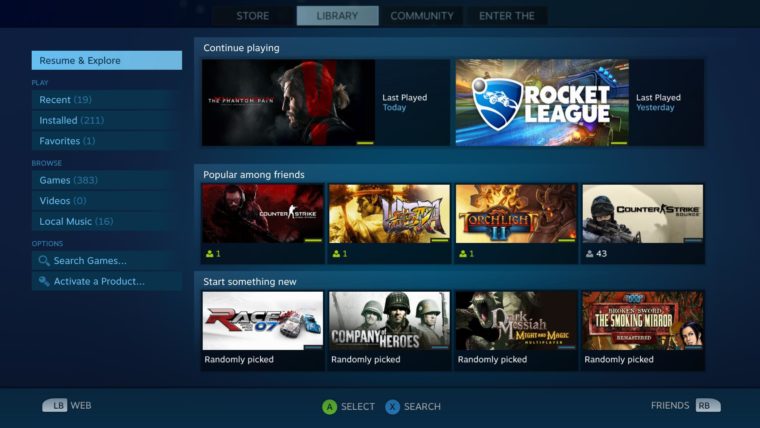 A new Steam Client Beta update is being released for users and it adds a few features that weren’t available before.

A NeoGAF user posted on all of the details from the new Steam update. Apart from a new features, they have updated and improved on the UI a little bit too.

The following changes have been noticed:

Music
Added support for FLAC, OGG Vorbis, and M4A (both AAC and Apple Lossless)
Added the ability to seek within a playing track

Streaming
Added initial support for OSX 10.8+ as a Streaming host. Video is currently streamed, audio and game controllers are being worked on.
SteamOS
Fixed duplicate entries in audio output selection

Reception for the new update has been positive for the Steam users that have received it. People that commented on the official website seem to love the added support for the new music file formats. Quite a few people also like the changes that have been made to the UI as well.