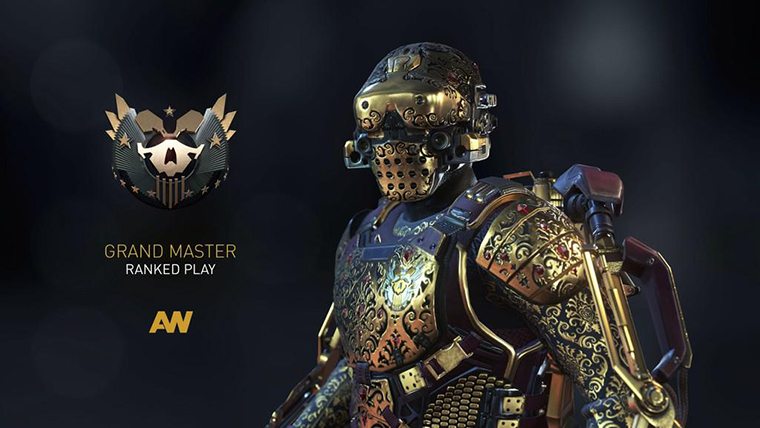 Call of Duty: Advanced Warfare introduced a number of customizable armor sets to players as rewards for playing the online multiplayer portion of the game.  Though Sledgehammer Games has something special for the very best Advanced Warfare players.

Revealed via Twitter, the “Grand Master Character Gear” will be awarded to the top 100 ranked players in Advanced Warfare.  The armor, which looks like a cross between the Bloodshed Gear and the Royalty Camo will definitely give players a unique look.  Few details about how to earn the armor have been revealed by the developers.  Whether it will be unlocked for every player to crack the top 100 of Grand Master Ranked Play, and when it will be awarded to those players has yet to be revealed.

The first season of Ranked Play is set to begin in December, and  a number of tweaks will be coming to the competitive mode once Season One starts.  Ranked games will no longer allow players to join matches in progress, lobbies will be disbanded after every match, and other improvements to matchmaking have been teased by Sledgehammer.