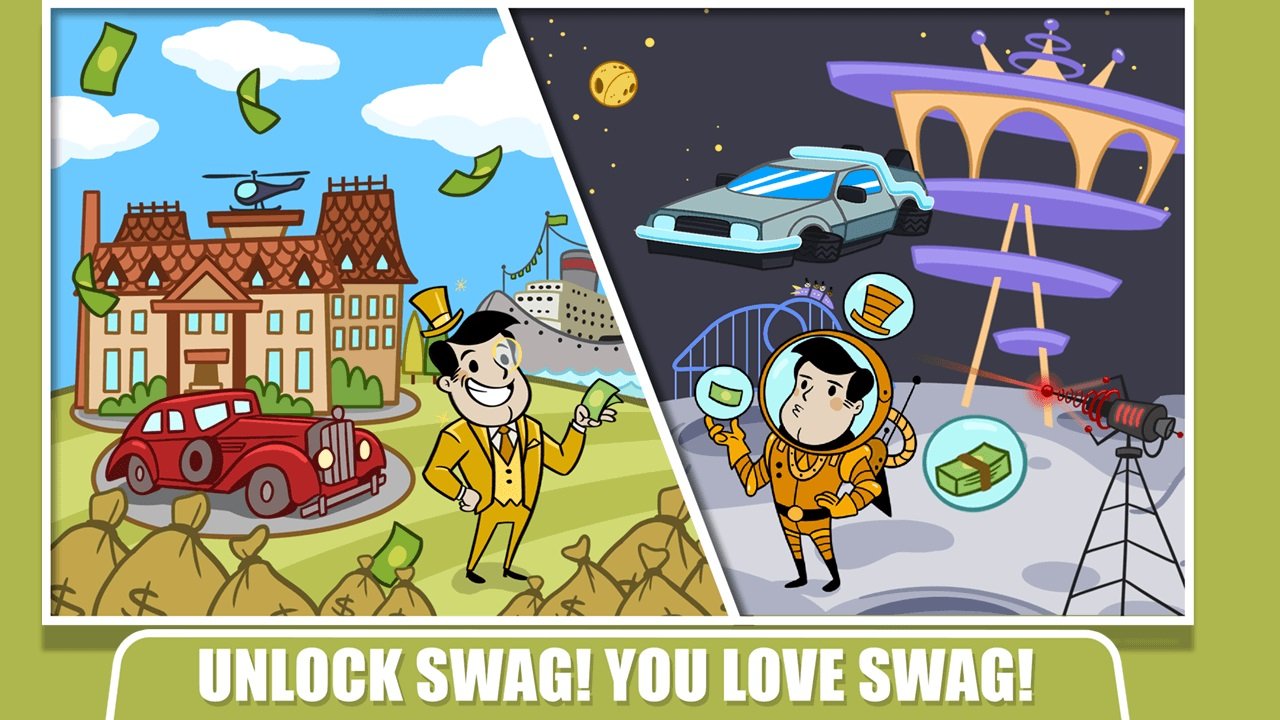 Soul-sucking, life-consuming idle game AdVenture Capitalist has received an expansion today. Players with more than a decillion in-game dollars to spare can fund a moon mission that takes two hundred realtime hours to complete. This can be sped up, like everything in AdVenture Capitalist, with a heavy dose of dosh. Once on the moon, HyperHippo promises players that they will be able to unlock more enterprises to invest in as well as more managers to run them. Included — but not yet fully integrated — is a new form of currency named Mega-bucks, which the game promises will be used in Leaderboard determinations. Each conversion of cash into Mega-bucks inflates the price of future purchases.

As well as heading to the moon, Adventure Capitalist has updated its unobtrusive Gold (purchased with Steam Wallet funds) shop to be more prominent.

HyperHippo left some instructions on how to access the moon, for those sitting on significant nest eggs:

These advances have not come without their fair share of bugs. A number of OS X users reported being unable to access the game at all, prompting a quick response from the devs. Just an hour and a half after releasing the update, a patch was up. The store page for AdVenture Capitalist appears to be down at this time, while users are continuing to report bugs as they arise. It seems like it’ll be a long night ahead for the HyperHippo team.