All Cars Getting Cockpit View in Next GT5 Update 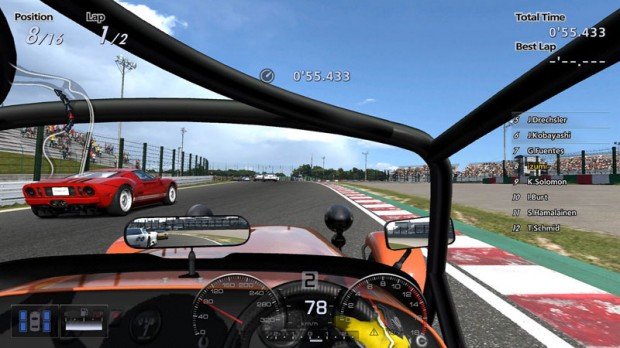 If you thought that Gran Turismo 5 would sit idly by and watch Forza Motorsport take all of the racing glory this year, think again.  Polyphony Digital recently announced an upcoming update for the game that will add new features, but those features hadn’t been detailed…until now.

In the coming weeks, GT5 will get a handful of updates that change the game, and add new features that fans have been asking for.

“The coming Gran Turismo 5 Spec 2 update is an update that contains the feedback from the users playing GT5 online every day,” said Yamauchi. “We have added cars such as the newest NASCAR race cars, but many of the updates are those that improve usability and expand the field of game play. I believed from the initial release of Gran Turismo 5 that it would be the users that would make the game grow thereafter, and we added things like interior views for the standard models because there was a lot of request for it from our users. You could say that this update is the shape and form of GT5 that was created through the opinions of our fans.”

In the updates you can also look forward to being able to adjust weather conditions, customize avatars, shuffle racing modes, customize online races, and save your game within a race.  The updates will start rolling out on October 11th, but it’s clear that they are putting it out to take a little wind out of Forza Motorsport 4’s “sails” err sales.