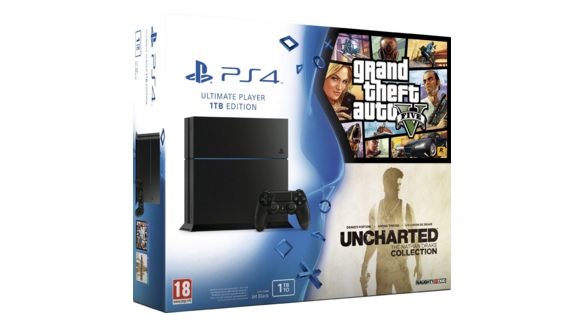 If you are not convinced to buy a PS4 yet, this new bundle revealed by Amazon France sounds very tempting. It comes with two critically acclaimed video games.

As listed on Amazon France, they have put up a 1TB PS4 bundle that includes both Grand Theft Auto V and Uncharted: The Nathan Drake Collection. It has a price of EUR 510.79.

This bundle is available right now in France, although has not been listed anywhere else. However, the two games being bundled are awesome. Grand Theft Auto V received rave reviews when it came out and the PS4 version adds some new features not seen in the PS3 original.

On the other hand, Uncharted: The Nathan Drake Collection remasters three of the best PS3 games out there. The Uncharted trilogy solidified Naughty Dog as one of the finest video game developers out there. Remastering the trilogy allows new PlayStation owners to finally experience it.

Not to mention the 1TB hard drive space is useful. 500GB gets used up quickly since video games nowadays all have mandatory installations. If you live in France, this bundle is worth getting if you have yet to jump into the current console generation.