The latest news in the world of video games at Attack of the Fanboy
April 12th, 2017 by Jose Belmonte 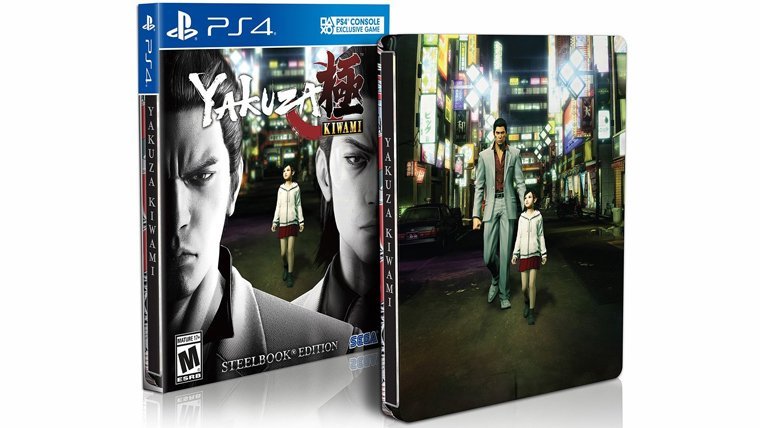 Amazon US has listed Yakuza: Kiwami to be released on August 29th for only $29.99 as a PlayStation 4 exclusive. The game is a full remake of the first entry in the acclaimed series by Sega, which makes it the perfect follow-up to this January’s Yakuza 0 released on PS4.

The Yakuza series introduces the player to the world of the Japanese mafia in Tokyo. The game takes the form of an action-adventure in an open world setting, and takes some RPG touches to implement an improvement system for the main character’s features. What makes the Yakuza series to stand out from other titles in the genre is the focus on a mature story, the detailed Japanese atmosphere, and the vast possibilities of the gameplay, offering fun battles and multiple minigames.

This remake of the original entry presents the story of Kazuma Kiryu, a member of the Tojo clan who takes the blame for the murder of his boss in order to defend his best friend and is imprisoned for 10 years. When he gets out, his fiance Yumi has gone missing, and 10 billion Yen have been stolen from the clan, which puts the entire Japanese world in search for the money.

Far from being a higher resolution version of the PS2 game, Yakuza Kiwami recreates all the environments and designs from scratch and optimizes them to 1080p resolution and 60FPS. All the voice work has been re-recorded by the Japanese cast, which will be available in this Western release as well.

Other features of this new version include the “Majima Everywhere” system, consisting in the constant challenges that a known character in the series will make to our hero when he least expects it.

Amazon is offering the game in its standard PS4 case and as a steelbook, both at the low price of $29.99, which is a clear sign of how much does Sega want to introduce the series to the Western audience. Pre-order the game now on Amazon’s website.