AMD has their own DLSS solution ready to roll, but will it be any good? 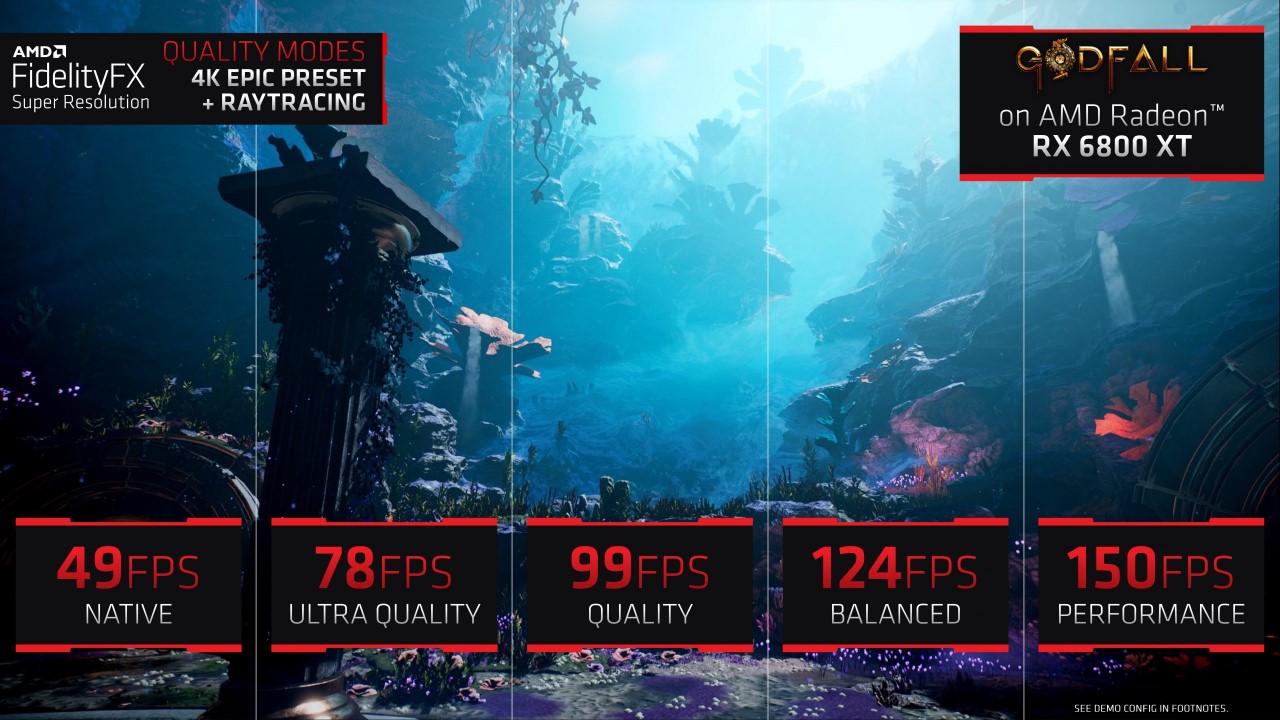 Today AMD revealed their counter to Nvidia’s DLSS, FidelityFX Super Resolution, and while the demo video and spec sheets look impressive, there are concerns. Negativity aside, the tech will support both AMD’s Radeon series of GPUs and Nvidia’s GeForce GPUs, so those rocking non-RTX Team Green cards will benefit from the new tech alongside those sporting both new and aging Radeon cards.

AMD FidelityFX Super Resolution is Team Red’s alternative to Nvidia’s DLSS technology, an advanced form on anti-aliasing that can be best described as black magic. The idea behind both is simple enough to convey: the game is rendered internally at a lower resolution that the one the player is using natively, then the tech intelligently upscales the image to both remove jaggies and improve performance. That’s the most basic description at least.

AMD FidelityFX Super Resolution will utilize spatial upscaling without using motion data (motion vectors) from the game. This is much like Nvidia’s first crack at DLSS, which is worrying since DLSS 1.0 was widely considered mediocre. It wasn’t until they started to use motion vectors (among a few other things) that the technology reached its awe-inspiring 2.0 release. 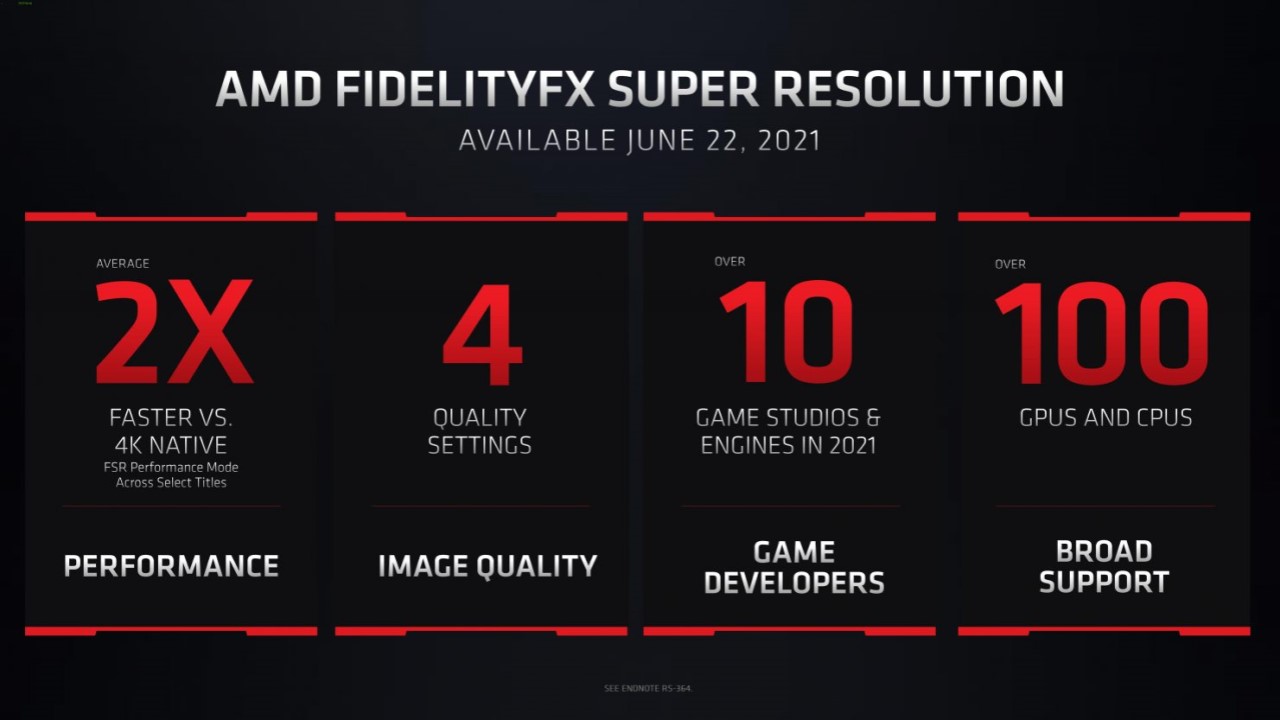 To quote the excellent AnandTech article written by a much smarter author than me:

“And, to drop into op-ed mode, this is where AMD has me a bit worried. In our pre-briefing with AMD, the company did confirm that FSR is going to be a purely spatial upscaling technology; it will operate on a frame-by-frame basis, without taking into account motion data (motion vectors) from the game itself.

For GPU junkies, many of you will recognize this as a similar strategy to how NVIDIA designed DLSS 1.0, which was all about spatial upscaling by using pre-trained, game-specific neural network models. DLSS 1.0 was ultimately a failure – it couldn’t consistently produce acceptable results and temporal artifacting was all too common. It wasn’t until NVIDIA introduced DLSS 2.0, a significantly expanded version of the technology that integrated motion vector data (essentially creating Temporal AA on steroids), that they finally got DLSS as we know it in working order.”

I recommend giving their article a full read if you’d like to know the more intimate details of AMD’s FidelityFX Super Resolution, but suffice to say it has a lot of ground to cover before it can fully catch up to DLSS 2.0. That all said, there are some absolutely wonderful things about the tech. For one, it is one of AMD’s GPUOpen technologies, making it free to use for any developer interested in utilizing the tech. Additionally, it doesn’t need Tensor cores or similar deep learning hardware to run, so FidelityFX Super Resolution can run on a variety of different hardware configurations (meaning the tech will likely come to next-gen consoles).

FidelityFX Super Resolution launches June 22nd, though we have yet to see a full list of supported games. AMD is encouraging fans to respond to their survey – linked here – asking what games they’d like to see the new technology in. While it may not rival DLSS 2.0 off the bat, it is great to AMD offering up a more open upscaling solution. Hopefully this pushes both teams to further improve this new emergent tech, because at the end of the day it’s a win for all of us, console and PC gamers alike.