The latest news in the world of video games at Attack of the Fanboy
June 10th, 2016 by Dean James 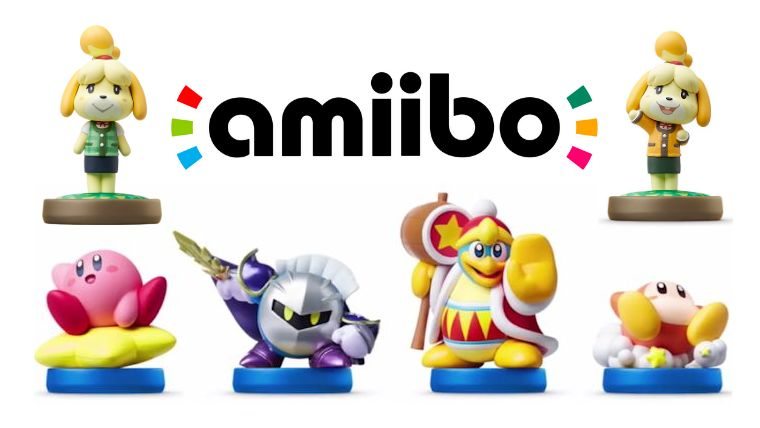 The amiibo output from Nintendo has certainly slowed down in 2016 compared to the insane rate of releases we saw last year, but the next month or so is going to be bringing us a good amount of them. With us getting a new series today that we really don’t know just how rare they might end up being, we are here with yet another amiibo hunting guide, this time for the new Kirby series and the last of the announced Animal Crossing amiibo.

Kirby: Planet Robobot is out today for the Nintendo 3DS and alongside that game are four brand new amiibo based on the Kirby series, including one character who hasn’t had an amiibo yet. These four are Kirby, King Dedede, Meta Knight, and Waddle Dee, which we really don’t know too much about stock wise. On top of these, we also have the Winter and Summer Isabelle amiibo out, with the Winter one being exclusive to the Animal Crossing: amiibo Festival until now.

When amiibo were much less plentiful, we had employees at stores giving us rundowns of how many they were getting in, but that has not really been all that necessary with recent stocks, and luckily it seems like that may be the case again here, so we’ll just go over the retailers you can expect to find them at or can already order them on.

For those that just want to take the easiest route and order online, you have many options at your disposal. As of the time of this writing, all four of the Kirby series are available on basically any of the usual retailers’ websites, which include Best Buy, Target, Toys R Us, GameStop, Walmart, and Amazon. Isabelle isn’t quite as widespread, but you can find both forms available now on Best Buy, Target, and Toys R Us. GameStop is currently not selling either online, while Amazon only has the Winter one officially from them and Walmart only the Winter one available for order online. In addition, Best Buy has it to where you can order any of these for in-store pick up, while Toys R Us has it available for a few of them.

The in-store numbers are more of a mystery, but you can expect at least the likes of Best Buy, Target, Toys R Us, and GameStop to have these amiibo available today at opening. Walmart may as well, though sometimes their amiibo trickle in a little later. Only one real report of number came from a Toys R Us employee on the amiibo subreddit that said most stores in his stage got around 12-16 Kirby and 4-8 for the other three, with his store getting 8 each of the two different Isabelles. If this is pretty standard across the board, we should get decent stock for these amiibo that likely won’t be as popular as the Super Smash Bros. line.

Whether you are getting the Kirby amiibo or the last of the announced Animal Crossing amiibo with the two Isabelles, make sure to let us know in the comments below which ones you got and where. As always, good luck out there fellow amiibo hunters!