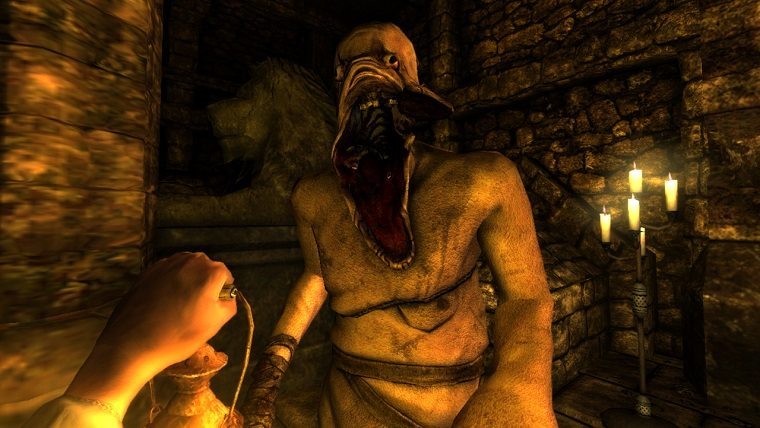 Next month will see the release of a pack of scary games on PlayStation 4, as it has just been revealed that all three Amnesia games will be coming to the console in the form of Amnesia Collection. The series was started by Frictional Games, who would go on to release the critically-acclaimed SOMA that launched last year.

The Amnesia Collection includes Amnesia: The Dark Descent, its expansion called Amnesia: Justine and its sequel called Amnesia: A Machine for Pigs. The first game was developed by Frictional Games, though The Chinese Room took over development duties for the second game.

They also released an announcement trailer for the collection that you can check out at the bottom of this post, and they went an interesting route with this one. Rather than just showing straight gameplay along with displaying the typical critical accolades, they cut up lots of different footage from various YouTubers playing the games. Seeing as these were some of the games that made people “YouTube famous,” it seems fitting.

Amnesia Collection will be available to download through the PlayStation Store on November 22nd and will cost $29.99. Check out the trailer for the collection below.