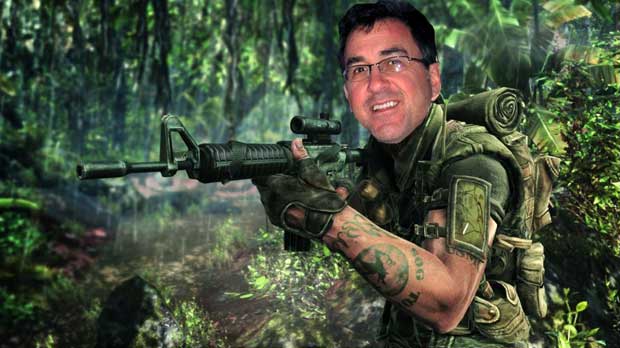 NPD will release March numbers later this week, and you know what that means.. prediction time.  Michael Pachter has estimated that the Xbox 360 sold 480,000 units which will be enough to seal them the top spot in console sales for March.  The analyst for Wedbush puts the Wii closely behind the Xbox 360 at 410,000 units with the PS3 rounding out the field at 380,000 units.  More notably, both the Xbox 360 and PlayStation 3 will have seen year over year growth while Nintendo’s Wii will be down nearly 26%.

“We expect demand for the Xbox 360 to remain strong due to Kinect (in early March, Microsoft announced worldwide sales of 10 million units). We expect Wii hardware sales to continue to decline in the first part of 2011, with PS3 hardware sales moderating. PSP sales should receive a modest lift due to the recent price cut,” he said.

“Wii hardware sales were down 26% in 2010, and we believe that the downward trend will continue at least through this month. PS3 hardware sales were roughly flat in 2010, and notwithstanding no meaningful catalysts (other than the relatively modest launch of the Move controller in September), we think that Sony’s increased marketing should keep sales relatively flat in 2011. Xbox 360 sales were up more than 40% in 2010, and continued the upward trend in January and February, although by a more modest 15% and 27%, respectively. Without further price cuts, we expect hardware sales to be down in 2011, and we think that the console manufacturers will position cuts around the E3 Expo in early June.”

Pachter has made no secrets about his predictions for 2011.  He believes that Microsoft will ride the success of Kinect and outsell both the Wii and PS3 this year.  On the flip side Sony Executive Jack Tretton recently said that he thinks the Xbox 360 “is running out of steam”.