Analysts believe 3DS will be most popular gaming device of ’11 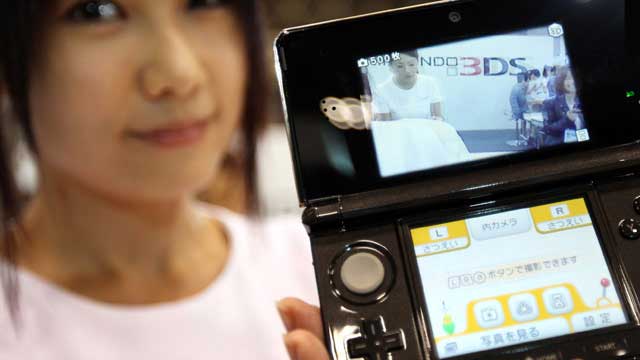 Nintendo’s North American launch is priced and dated.  And with that we can now analysze, speculate, and annoint the unreleased product as the champion of a year that has just begun.  I know I am.  And so is Jesse Divnich of EEDAR.  After allowing that March 27th launch date and sweet 250.00 price target hit the wires Nintendo has had a rush of love hurled at the device since the North American Press have had their hands on it.  Here’s what an analyst had to say in an interview with Industry Gamers.

“We have to give them the benefit of the doubt. Everything Nintendo’s done over the last 20 years has been successful, aside from maybe the Virtual Boy. You really have to see it to believe it and that’s going to be a problem for Nintendo… but they certainly have the right strategies in place to demonstrate this to consumers. The only thing I disagree with… Wii sales and DS sales have been declining and a lot of people want to attribute that to the success of the iPad and iPhone. Yes, sales are down and iPhone sales are up, but I don’t see it as a causal relationship. Even if the iPhone didn’t exist, DS sales would still be down. It’s been out for six years. I think from the get go, 3DS will be sold out and I think 3DS ultimately is going to be the top entertainment product of 2011,”

Divnich isn’t alone in this method of thinking.  And why would he be.  Nintendo DS products dominate the market and have dominated the market for as long as I can remember.  The 3DS should be no different. And while Nintendo may face headwinds down the road with Apple and competing 3D technology coming to market, it’s always good to be first, and popular.