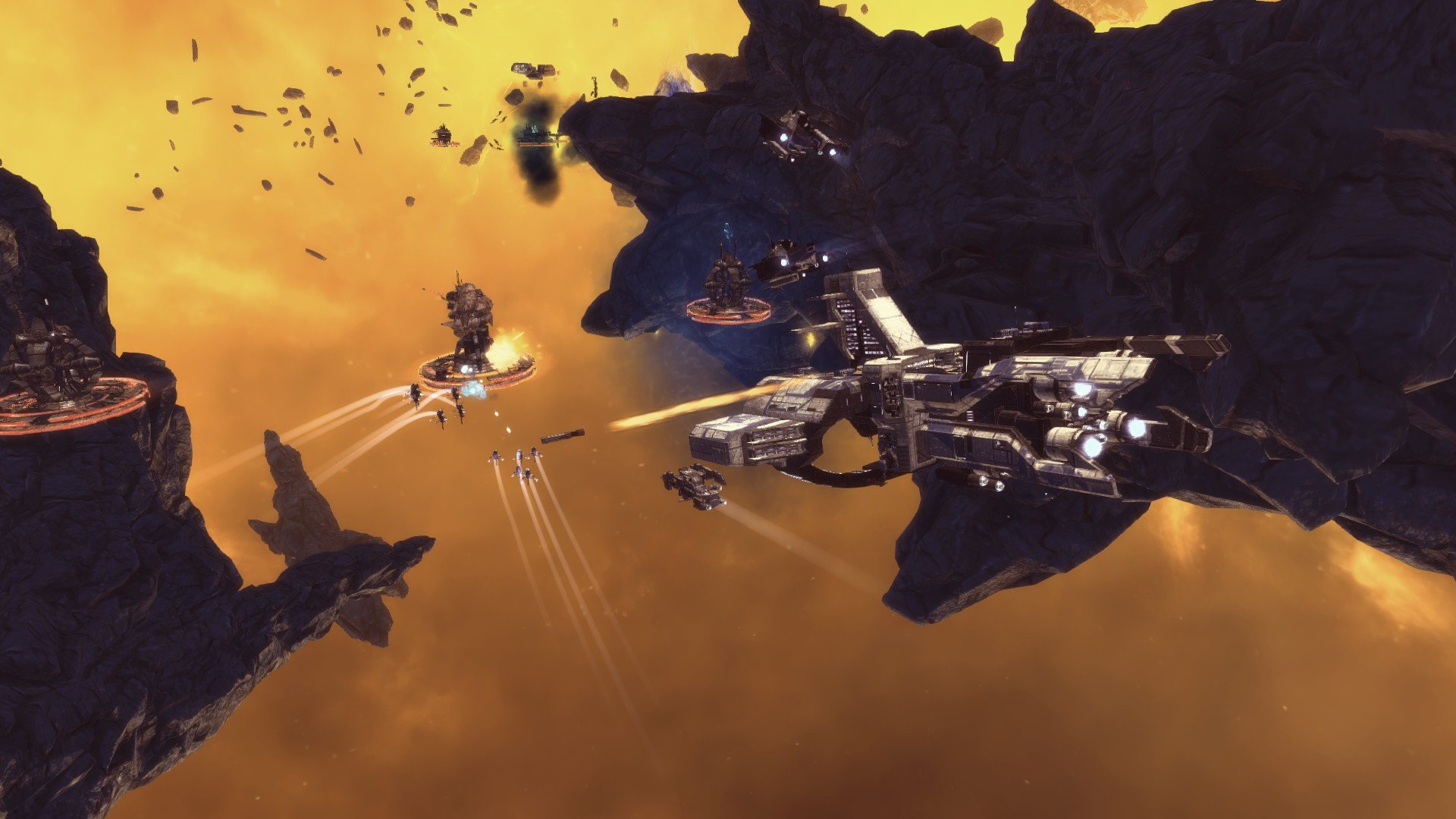 So space RTS games aren’t an entirely new genre. We’ve had Homeworld, Galactic Battlegrounds, Empire at War and Sins of a Solar Empire, to just name a few of the games that exist on the market.  The thing is, few of these games were released in recent times. Even Sins of a Solar Empire had its Rebellion expansion come out in 2012, but it was still largely similar to it’s original 2008 release with tweaks and polish.

Not so long ago, we brought you the news of Ancient Space’s announcement. It was a promising idea, but with very little to go off of in terms of gameplay we could only hope and guess that it could be good. Today, Creative Forge Games and Paradox Interactive have released a gameplay reveal trailer for Ancient Space making it much easier to glean the potential goodness of the game. You can watch the trailer below.

As for some interesting things to note from what we see of the gameplay, Ancient Space will have full 3D traverse of space for your units, as opposed to having the illusion of it in some of the games listed above. The game also seems to have RPG elements as you will upgrade and customize your flagship (the Ulysses II) as you progress through the campaign to cater to different styles of gameplay, be it an offensive role or a support role.

Ancient Space is now available for pre-order and will be released onto PC and Mac on the 23rd of September.

Are you looking forward to Ancient Space? Let us know in the comments below!