Fans of the city-building series are going to be busy next month. 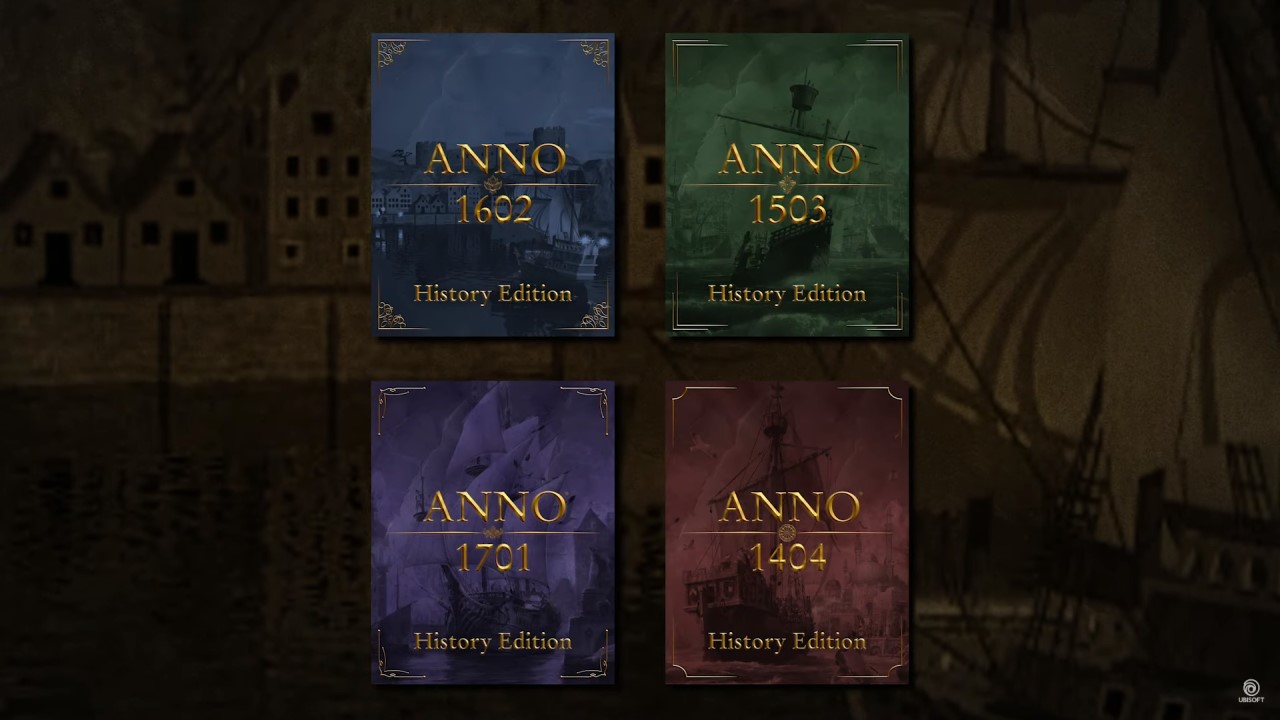 City-builder Anno has been around for a long time (22 years), and to celebrate the franchise’s past Ubisoft is releasing Anno: History Collection next month. The pack will come bundled with the first four titles, though there’s a bit of a stipulation prospective buyers should consider.

Anno: History Edition will include Anno 1602, Anno 1503, Anno 1701, and Anno 1404 (otherwise known as Dawn of Discovery) for $39.99 on Uplay. These aren’t exactly full blown remasters; more like giant compatibility updates that allow each title to run on modern operating systems. That said, the games will scale up to 4K resolution, and the shop description teases “…a variety of improvements in each game, while continuing your existing games, thanks to full save compatibility.” How that’s gonna work is anyone’s guess right now, but existing fans won’t have to worry about starting all over again with this bundle.

The games can be bought separately, but you’ll only be able to find all four on Uplay. As for other storefronts, Epic will have both Anno 1701 and 1404, while Steam will only have 1404. Anno 1602 and 1503 are exclusive to Uplay. In other words: you’ll need to use Uplay if you want the entire Anno: History Collection. On a brighter note, the History Editions and the bundled Anno: History Collection comes with all the DLC and expansions released for each game.

Anno 1800 was my first foray into the Anno series when it launched last year, and I enjoyed what I played of it. Unfortunately, I was deployed at the time and wasn’t able to dig all that deep into it. With this collection a full month out I may just redownload Anno 1800 and finish crafting a functional colony in the interim.