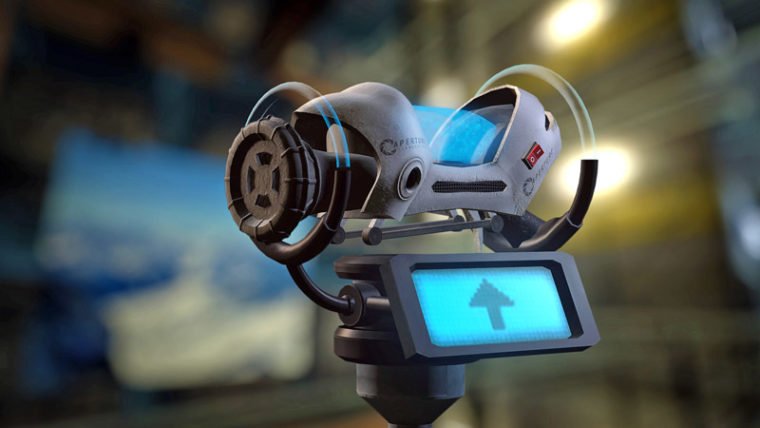 Aperture Tag: The Paint Gun Testing Initiative was released today after months of anticipation. The game is a fan-created mod that takes the portal out of Portal 2’s famous gun. Instead, your gun fires the various experimental gels that were used in certain parts of Portal 2. This isn’t a simple weapon swap though, 27 new levels were created as well as a completely original story.

Since the game is a mod and not a standalone title, you will need to own Portal 2 and have it installed on your computer for the game to work. Aperture Tag was approved via the Steam Greenlight program, and is exclusively available on Valve’s Steam service for PC. To celebrate the launch, Aperture Tag is currently available for 30% off until July 22nd. Check out the trailer above to see the game in action, and read the developer’s description of the game below for more information:

“Aperture Tag: The Paint Gun Initiative is a mod for Portal 2, inspired by TAG! The Power of Paint. The familiar Portal 2 gels are now contained within the Aperture Science Paint Gun Device and it’s your job to test it out!

Featuring a new personality-core and an original story with 27 polished levels; the mod offers an exciting and fun experience in varied and interesting new locations throughout Aperture Science.

Introducing gels as the core gameplay mechanic completely changes the way you solve puzzles, explore, and survive all the challenges thrown at you!”

Aperture Tag also features Steam Trading Cards, a full developer commentary, and an original soundtrack produced by Abarax, Harry101UK, and Christopher McEvoy. Additionally, users will be able to create their own mods of this mod via the in-game level editor, and workshop integration.

Click here to head over to Aperture Tag’s Steam page to see more about the game. If you need to purchase Portal 2, which you really should since we loved it, simply click here.