The latest news in the world of video games at Attack of the Fanboy
March 12th, 2013 by William Schwartz 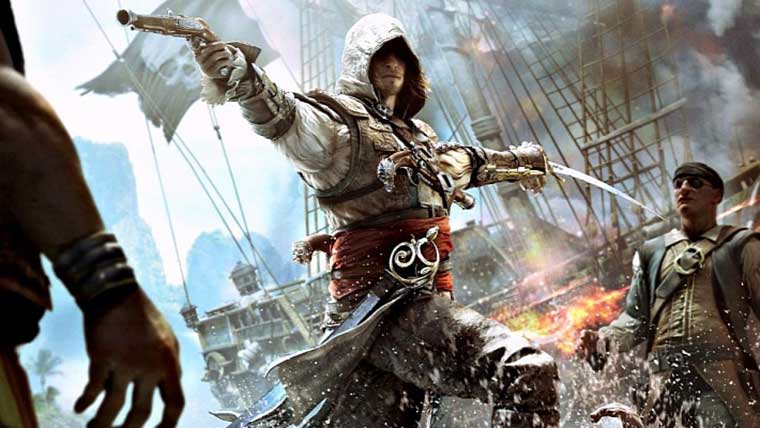 Assassin’s Creed 4 will let players explore the life of a pirate later this year.  Though this isn’t Pirates of the Caribbean, Ubisoft is aiming for a grittier take on the subject matter.  In a recent interview with CVG, Ubisoft’s Carsten Myhill explained that the developers at Ubisoft Montreal will be “giving pirates the HBO, reality treatment”.

“We’re staying away from cliches.  Things like walking the plank, parrots on the shoulder and hooks for hands,” Myhill explained.  “We are giving pirates the HBO, reality treatment.  And that allows us to redefine piracy in entertainment.  No longer is it for kids.”

Ubisoft’s choice to make a pirate-themed Assassin’s Creed 4 is an interesting one.  It’s an era that is relatively untouched, and this is especially true in the open-world genre of games.  Ubisoft believes it to be a “fantastic opportunity”, where they can both leverage the popular boating sequences from Assassin’s Creed III, and explore a brand new world in the Assassin’s Creed universe.

Assassin’s Creed 4: Black Flag is due out in October, and is slated to arrive on the Xbox 360, PlayStation 3, PC, Wii U, PS4, and “other next-gen consoles”.