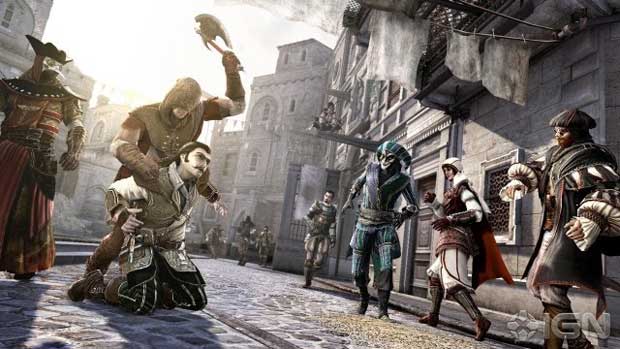 Ubisoft just released another free downloadable content update for Assassin’s Creed Brotherhood for the Xbox 360 and PS3.  In the Animus Project 2.0 a brand new game mode and map for your killing pleasure.  The Pienza provides a free running playground that gives ample opportunity for the cat and mouse tactics of your high level Assassin’s Creed Brotherhood skills.  Also included in the update is the Chest Capture mode.  Here two teams with three players each will do battle to defend and capture chests.  The attackers must use the heads up display to locate and capture the chests, while the defenders must obviously stop them.

Ubisoft also implemented a new scoring system for the game as well.  Your Templar Score will now reflect your Assassin abilities and you wont just be judged by your rank.  Scores will update weekly and should do well maintain a competitive environment in the multiplayer.