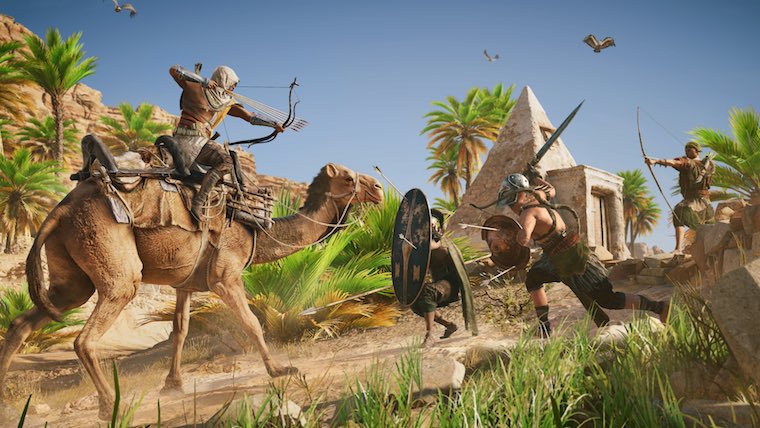 If you’re a hardcore devotee of the Assassin’s Creed franchise, then the folks at Ubisoft have something for you. Billed as the Assassin’s Creed: Origins Dawn of the Creed Legendary Edition, a mouthful if ever there was one, the set includes a ridiculous amount of content in addition to the Gold Edition of the game itself. And this Legendary Edition of AC’s latest franchise will only set you back $800. Gulp.

Curious to know what you get for all that cash? Check it out:

According to Kotaku, parts of the Legendary Edition will ship to adventurous fans before the game’s release date. The site explains, “Starting at E3, the main collector’s box will be shipped to the customers: It will include the statue of Bayek, the certificate of authenticity, the Steelbook™, four large lithographs, and the Bayek’s eagle skull amulet packaged in the collector’s case.”

The rest of the items in the Assassin’s Creed: Origins Dawn of the Creed Legendary Edition will ship out with the rest of the game, which presently has a release date of October 27.