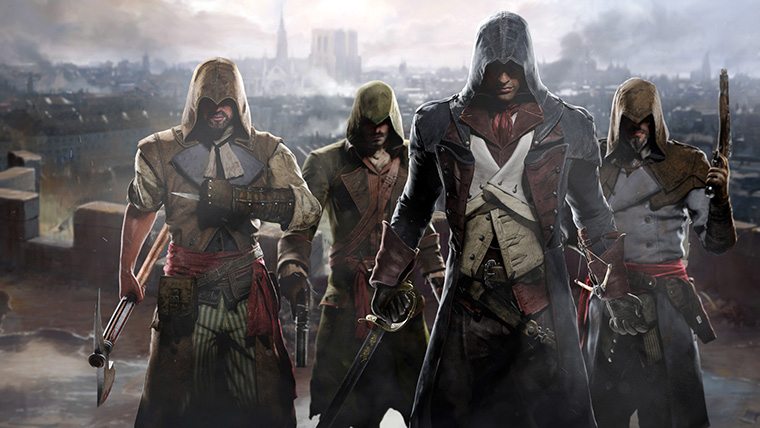 Assassin’s Creed: Unity received its reveal a few months ago and the big surprise was the inclusion of cooperative multiplayer, a long-requested feature from the community. You might be thinking that the presence of the Wolfpack game mode in recent entries would have satisfied those longing to team-up with their assassin brethren, but the mode was underwhelming given its small scale. Now Ubisoft is bringing us a truly next-gen Assassin’s Creed experience with Unity and that means a fully integrated cooperative offering that takes advantage of the game’s living, open world. But its addition isn’t coming without some sacrifices.

Ubisoft is aiming to provide a seamless online experience, akin to Watch Dogs, for players who choose to take on co-op missions with other assassins. In order to achieve a fluid and natural transition between single and multiplayer options, competitive game modes have been cut. This is a result of the franchise’s evolution, which will be moving the series away from PvP for now. This news emerged directly from the developer, who had this to say to Joystiq:

“Our aim was to have a seamless single-to-multi experience: This is why we are not opposing single player and co-op; we have ancestral missions dealing with Arno’s story and Brotherhood missions dealing with Arno’s duties towards the Brotherhood. With Assassin’s Creed Unity, the pillars of the franchise have evolved thanks to the potential of new-generation consoles. With that evolution, we wanted to bring a new type of multiplayer experience, which was asked for by fans and which we wanted to explore for a long time: cooperative gameplay.”

The cat-and-mouse style deathmatches born from 2010’s Assassin’s Creed: Brotherhood might have appealed to some fans, but I personally found the various competitive modes to lack longevity. For those that did enjoy hunting other players, let us know if this news changes your stance on Assassin’s Creed: Unity.