Assassin’s Creed Unity DLC Trailer Takes you to China and the Streets of St. Denis 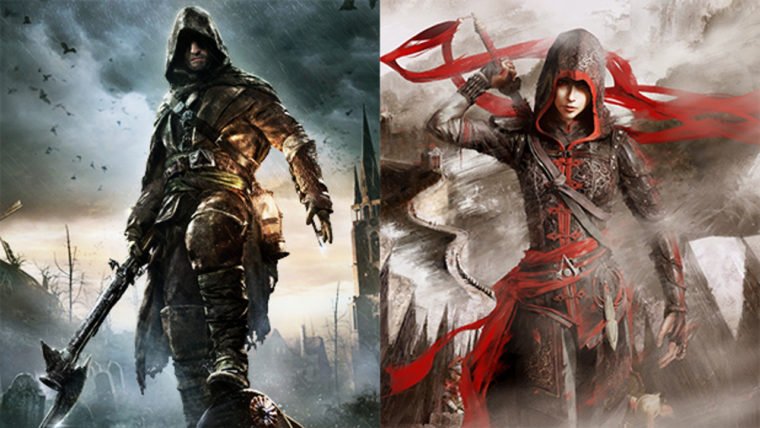 The Assassin’s Creed Unity Season Pass will be taking you on two brand new adventures with eight hours of additional content.

Dead Kings, the main expansion pack for Assassin’s Creed Unity, is said to “take you from the bloody streets of revolutionary Paris to the troubled city of Saint Denis.” It will be a new story campaign that takes place after the main events of Assassin’s Creed Unity. “Arno leaves Paris seeking isolation and finds himself wrapped up in the mysteries surrounding Saint Denis. Explore the city’s extensive underground with Arno’s lantern. Beware the animals wandering in the darkness.” The DLC will feature new items such as Arno’s Guillotine Gun.

The bigger announcement in this post was the reveal of what Ubisoft is calling “a new game”. Assassin’s Creed Chronicles: China takes the series to a location that many fans have been anxiously awaiting. Ubisoft describes the DLC as “Take your adventure beyond France to a new standalone story set in 16th century China starring Shao Jun, a fan-favorite from the Assassin’s Creed Embers animated movie. Trained by Ezio Auditore, Shao Jun has returned to Beijing as the last remaining Assassin of the Chinese Brotherhood. Hell-bent on revenge, she will strike out against those who destroyed her Brotherhood.”

The screenshots show that Assassin’s Creed Chronicles: China will be a 2.5D sidescroller instead of the usual 3D adventure. The world is said to be based on traditional brush painting, giving it a unique look and feel. Throughout the game you will be able to “Explore legendary landmarks like the Great Wall of China and the Forbidden City and encounter famous historical figures”.

Assassin’s Creed Unity will be available on PS4, Xbox One, and PC starting November 11th.