And it'll likely run at 60 FPS on the Series X. 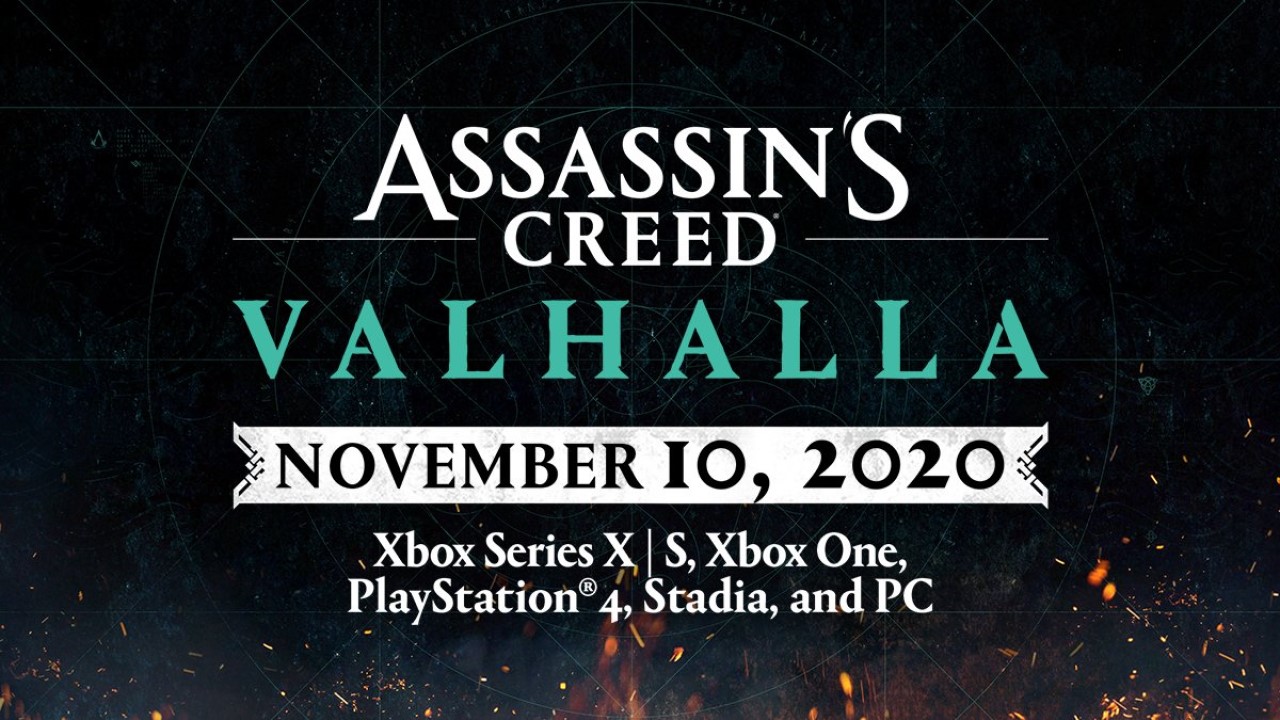 The November release gauntlet has eased-up a bit, because Ubisoft’s Assassin’s Creed: Valhalla will be joining the Xbox Series X and S release as a launch title. That now gives us a week to play the latest in Ubisoft’s massive open-world murder jubilee before Cyberpunk 2077 robs us of our free-time for good.

Assassin’s Creed: Valhalla will now launch on November 10th for all platforms.

Today’s announcement wasn’t just for the Xbox Series X and S versions of the game, but for the game in its entirety. That means PlayStation 4, PC, and Stadia fans (all two of you) will be able to gallivant across proto-England with your viking crew on November 10th as well. The updated release date was revealed via Twitter shortly after Microsoft officially announced the launch date of their new consoles, so this plan has been in the wings for a while now.

Assassin's Creed Valhalla launches with Xbox Series X | S on 10th November, 2020.
Build the legend of a Viking raider on any console.
Upgrade from Xbox One to Xbox Series X at no additional cost. pic.twitter.com/0IH29wpbIz

On a side note, credible rumors are circulating that Assassin’s Creed: Valhalla may actually run at 4K/60 FPS on the Xbox Series X. The official Chinese and Arabic accounts for the franchise have both tweeted (well, Weibo’d in the Chinese account’s case) the game will run at 60 frames-per-second at 4K on Microsoft’s beefiest new console, which is a complete 180 from the information Ubisoft provided shortly after the game was first announced.  If this is true console players will finally enjoy an Assassin’s Creed title at buttery smooth frame-rates – well, until we make 120 FPS the new norm.

The joys of technology! I’ll bet good money it’ll perform the same on the PlayStation 5, but if this is true then Microsoft get’s to run away with the news first. Now to see if Sony tries to outplay Microsoft and if we will have to write a second release date article to match whatever the PlayStation 5’s launch date is. Good times.