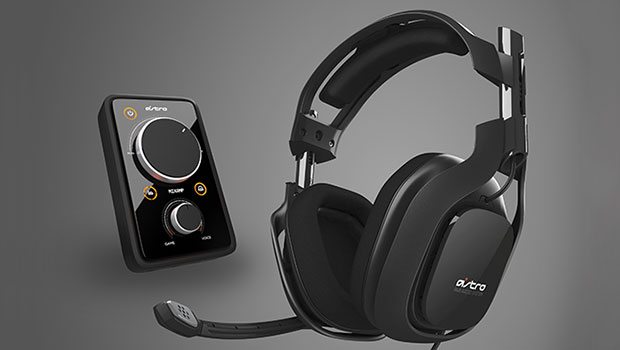 Astro Gaming has just unveiled its 2013 model of the popular A40 Headset. The hardware revision features updates to the quick disconnect cabling system and re-tuned drivers for the headset among other new features in the Headset and Mix Amp Combo.

Astro claims that this is their best sounding gaming headset ever due to the re-tuning of the drivers powering the system, for less distorted sounds at high volumes.

The A40 2013 Edition with MixAmp are bundled for $249.99, and are available on the Astro Gaming website. The headsets can also be found at Best Buy stores nationwide.

We recently reviewed Astro’s A50 Wireless Gaming Headset, and found it to be one of the best on the market today. For our full run-down on their wireless product, check out our Astro A50 review.

SAN FRANCISCO – Oct. 16, 2012 – ASTRO Gaming, a division of Skullcandy, Inc. (Nasdaq: SKUL), and creators of premium video gaming equipment for professional and hardcore gamers, today announced a major update to two of the brand’s most innovative and best-selling products with 2013 editions of the ASTRO A40 Pro Gaming Headset and the ASTRO MixAmp™ Pro.

The 2013 Edition of the ASTRO A40 Headset features an update to the company’s highly popular Quick Disconnect Cabling System as well as re-tuned drivers and enclosures that make the audiophile-grade headset the most accurate and detailed ASTRO Gaming has ever produced, with improved low-end response and less distortion at peak volume.

2013 Edition ASTRO A40 Headset Features Include:
NEW FEATURES:
• New Quick Disconnect Cabling System: Updated version of the ASTRO Quick Disconnect system, offering the same flexibility of using multiple cable types and lengths, but now plugging directly into the headset via a 3.5mm 4-pole jack instead of the oiriginal mid-cable release. This increases reliability and durability while also making it easier to change to preferred cable lengths and update cables as desired.
• Best Sounding ASTRO Headsets Ever: The 2013 Edition ASTRO A40 has re-tuned drivers and enclosures with improved low-end response and less distortion at high volumes making them the most accurate ASTRO headsets ever

The cutting edge 2013 Edition ASTRO MixAmp™ Pro raises the bar once again with a host of new features, including: custom audio profiles; a new streaming out capability allowing gamers to incorporate Game Sound and Voice Chat directly into their livestreams; and, a smaller, more portable form factor for easier transportation to and from LAN and Pro Gaming events.

RETURNING FEATURES:
• Game to Voice Balance: The MixAmp™ Pro features discrete game to voice balance controls which allow for a customized audio experience depending upon the gaming situation or personal listening preference.
• Multi-System Compatibility: Whether you play on an Xbox 360, PS3, PC or Mac the 2013 Edition MixAmp™ Pro will provide the compatibility you need. The MixAmp™ Pro also features an MP3 input allowing for music listening while game playing.
• Dolby® 5.1 and 7.1 Surround Sound: The ASTRO MixAmp™ Pro features 7.1 and 5.1 channel Dolby® Surround Sound decoding and Dolby® Headphone Surround Sound output.
• Dedicated Voice Channel: The ASTRO MixAmp™ Pro can be daisy-chained linking multiple MixAmp™s together for a private, hands-free, full-duplex voice communication channel providing significantly superior vocal clarity, as compared to VoIP, with zero network and system lag.
View the latest 2013 Edition video at http://youtu.be/m7v9yYTBWhM. 2013 Editions of the ASTRO Gaming A40 Headset and MixAmp™ Pro are available now from www.astrogaming.com as a bundled system for $249.99 .

ASTRO 2013 Edition A40 Audio Systems and additional ASTRO products can also be found now at select Gamestop stores in the United States as well as EB Games and JB Hifi in Australia. In November, Astro’s retail distribution will expand to include select Canadian and French Retailers including EB Games Canada, Best Buy Canada, Fnac and Micromania.

About Skullcandy, Inc.
Skullcandy is a global designer, marketer and distributor of performance audio and gaming headphones and other accessory related products under the Skullcandy, Astro Gaming and 2XL by Skullcandy brands. Skullcandy became one of the world’s most distinct audio brands by bringing color, character and performance to an otherwise monochromatic space; helping to revolutionize the audio arena by introducing headphones, earbuds and other audio and wireless lifestyle products that possess unmistakable style and exceptional performance. The Company’s products are sold and distributed through a variety of channels in the U.S. and approximately 80 countries worldwide. Visit skullcandy.com, or join us at facebook.com/skullcandy or on Twitter @skullcandy.