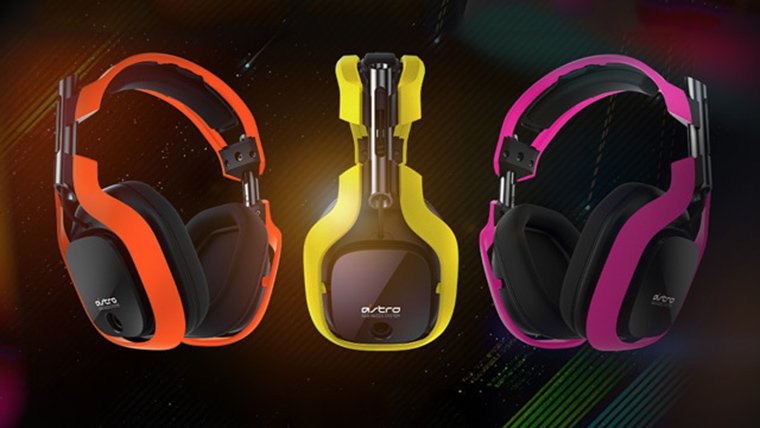 ASTRO Gaming, a division of Skullcandy, Inc. (Nasdaq: SKUL), and creators of premium video gaming equipment for professional and hardcore gamers, today announced a slew of bright new neon colors for the brand’s most popular product the ASTRO A40 Pro-Gaming Headset. ASTRO Gaming fans have recently been clamoring in support of a wider color palette for the studio’s best-selling audiophile-grade headset and today ASTRO has officially delivered four of the most requested colors – Pink, Yellow, Orange and Red. The ASTRO A40 Pro-Gaming Headset’s four new neon color choices join the two existing color options of Black and White. Neon Pink, Yellow and Orange ASTRO A40 Headsets are available now; Neon Red ASTRO A40 Headsets will be available later this summer.

“ASTRO Gaming has one of the most passionate fan bases in the gaming industry and we’ve always paid close attention to their suggestions for product improvement – it’s a critical part of how we’ve maintained our edge, delivering technologically superior, professionally performing and cutting-edge products year after year after year,” said Aron Drayer, Director of Marketing, ASTRO Gaming. “While there is currently no conclusive scientific evidence that Neon Colors can improve gaming performance there is no question that any player sporting a new set of Neon A40s is going to stand out in a crowd and may even distract a few opposing players!”

The recently revealed 2013 Edition ASTRO A40 Pro-Gaming Headset, which is now available in four new neon colors, including Pink, Yellow, Orange and Red, features an update to the company’s highly popular Quick Disconnect Cabling System as well as re-tuned drivers and enclosures that make the audiophile-grade headsets the most accurate and detailed ASTRO Gaming has ever produced, with improved low-end response and less distortion at peak volume.

Quick Disconnect Cabling System: Updated version of the ASTRO Quick Disconnect system, offering the same flexibility of using multiple cable types and lengths, but now plugging directly into the headset via a 3.5mm 4-pole jack instead of the original mid-cable release. This increases reliability and durability while also making it easier to change to preferred cable lengths and update cables as desired.

Best Sounding ASTRO Headsets Ever: The 2013 Edition ASTRO A40 has re-tuned drivers and enclosures with improved low-end response and less distortion at high volumes making them the most accurate ASTRO headsets ever

Removable Mic System: The ASTRO A40 features a highly precise, removable boom mic, which can be removed and swapped from ear to ear for a more customizable in-game communication experience.