The latest news in the world of video games at Attack of the Fanboy
August 18th, 2017 by Jelani James 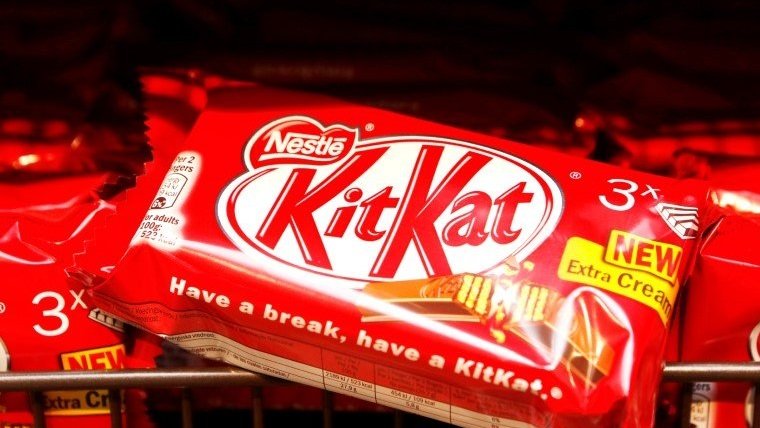 It seems that a legal battle between Atari and Nestlé might be on the horizon, following allegations that the latter copied the former’s classic Breakout arcade game in a KitKat commercial.

As stated in a recent report by Reuters, Atari accused Nestlé of copyright and trademark infringement and unfair competition, deciding to file a lawsuit against the food and drink manufacturer which alleges it knowingly exploited the Breakout name, look and feel through social media and video. Atari claims Nestlé sought to leverage “the special place it holds among nostalgic baby boomers, Generation X, and even today’s millennial and post-millennial gamers.”

Here’s the commercial in question:

So is Atari at least marginally justified in filing this lawsuit? Well, it appears so. In the commercial, titled KitKat: Breakout, we can see a mixture of teenagers and adults sitting on a couch as they’re playing what is essentially a reskin of the Breakout arcade game. Rather than destroying blocks by bouncing a ball off a moving paddle, the balls are being used to destroy KitKat bars instead.

“Nestlé simply took the classic Breakout screen, replaced its bricks with KitKat bars, and invited customers to ‘break out’ and buy more candy bars,” claims Atari. “The infringing conduct in this case is so plain and blatant that Nestlé cannot claim to be an ‘innocent’ infringer. Nestlé knew exactly what it was doing.”

It will be interesting to see how this develops due to the complex nature of the situation. On one hand, its clear that Nestlé did try to invoke capitalize on the Breakout name, going so far as to even include the name of the game in the title. On the other hand, however, there are a multitude of other games which utilize the same Breakout formula and their developers have yet to face any legal action. In this instance, it appears what will determine the way the legal battle turns out, is how much importance the court places on the social media and video aspect of the case.

In the meantime, Nestle has made it clear in a statement to BBC news that it is “aware of the lawsuit in the US and will defend [itself] strongly against these allegations.”