Attack Of The News: Battlefield 4 Multiplayer, God Of War, Wasteland 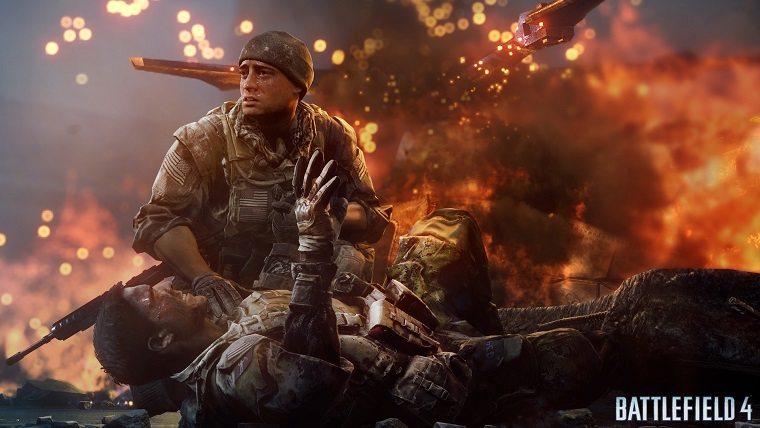 The Road To Battlefield 4: Multiplayer

Battlefield 4 developer DICE revealed some new information about the game’s multiplayer in a blog post today. Lead Multiplayer Designer Thomas Andersson wrote: “The way we’re going about it in Battlefield 4 is to highly encourage team play – but never force it. We want to promote team play by creating great gameplay mechanics such as Field Upgrades, Commander Mode, and a new range of gadgets specifically designed to expand co-operation in the field. We have drastically expanded on the tools and benefits of efficient team play, and as a result we feel Battlefield 4’s multiplayer experience is the deepest, most rewarding, and fun experience in the series.”

The team is introducing a slew of new concepts including Field Upgrades; “chained boosts that can affect a number of gameplay mechanics for your player.” Much like the specializations in Battlefield 3, these new upgrades can provide you with “faster sprint speed, stronger personal armor, or expanded ammo capacity.”

Andersson also discusses the new “Levolution” system; “an overarching design concept incorporating a lot of features both big and small, that all affect gameplay in some way.” Andersson explains, “depending on your team strengths, collapsing the skyscraper on our E3 map “Siege of Shanghai” can be either a positive or a negative. When you’ve knocked out its four main pillars, the skyscraper will fall in a massive cloud of dust and debris, killing all players unfortunate to be trapped inside. The base that used to be capture point C at the very top of the skyscraper will now be found at ground level, amidst the jarring blocks of concrete and rubble. This new infantry battleground will be clouded by dust, making navigation hard and often seeing players switch to infrared night vision scopes or FLIR. What used to be sniper heaven and the ideal paradrop base has suddenly turned into a low-visibility close quarters combat arena. This is great if you’re all about infantry combat, but if you have a team of great pilots, you will probably want the skyscraper to stay intact.”

Cory Barlog, the director of God of War 2  has returned to Sony Santa Monica after half a decade away.  While he did pen the story for God of War III, he’s been busy directing cinematics for Tomb Raider, the Crystal Dynamic’s reboot as well as working on Mad Max with Avalanche (Just Cause 2 developer), learning about storytelling and hanging out with George Lucas at the Skywalker Ranch.

Barlog noted that he can’t comment on the reason for his return, but  he did mention that they were putting together an “Ocean’s 11 kind of thing,” and that it is a massive and exciting project from Sony Santa Monica that will “live up to the standards that I helped establish.”

Modern PC’s don’t do well with older computer games. They often require additional programs, complicated settings and other nonsense most people wouldn’t bother with just for the sake of nostalgia. Well, InXile and EA are re-releasing Wasteland in to the world; and a version that will run on modern PC’s to boot. With Wasteland 2 not set to release until late this year, there’s plenty of reasons to dive in to the original RPG and see what the hype is about — or, if you’ve already played the game, visit your old friends and let the beautifully crafted blood-bath of funny references and, well, blood flow.

Chris Keenan, Project Leader on Wasteland 2 mentioned in the update, “after getting the game in our hands and ensuring it runs on modern machines, we plan to distribute it FOR FREE to all our backers before Wasteland 2’s release, as well as sell it on GOG.com and Steam for anyone else interested in trying out this classic RPG.”