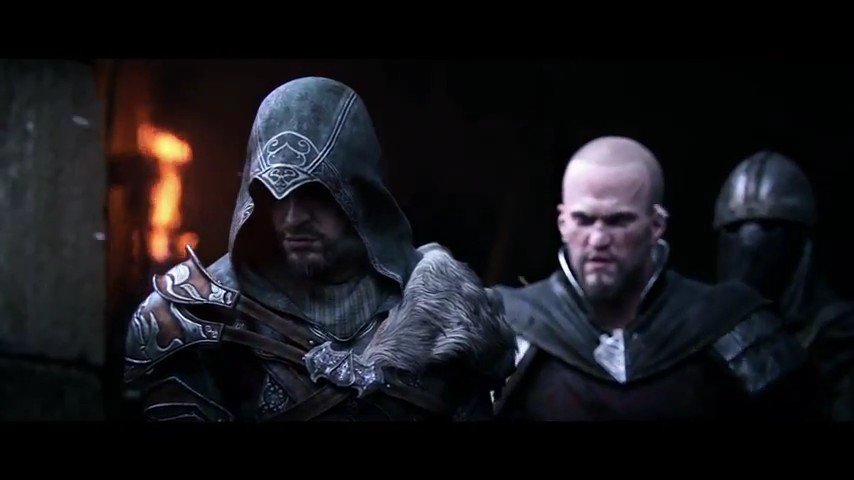 Ubisoft is currently being brought up on charges by John Beiswenger, an American author and product research engineer who writes from his experience and expertise. Beiswenger wrote and published a novel titled Link in 2002, and curiously enough, is just now choosing to claim that Ubisoft infringed on his work when creating the Assassin’s Creed stroyline.

This story principally takes place in the facilities of Search International, Inc., a product research firm that “accidentally” discovers a method of time travel. According to the author’s website, Link “lets the reader be present right alongside the scientists as they uncover some of the very secrets of Creation, and while test subjects are taken back in time to recall ancestral memories, a process key to proving the existence of the human soul. Intrigue enters the plot as competitors, a foreign government, and a special-interest group learn of Search International’s Discoveries.”

Beiswegner claims that because his novel features a device similar to “the Animus” in which users can access ancestral memories and relive specific moments in history, he has grounds for a lawsuit. The book also makes references to assassins and assassinations with regards to the device.

The author is also dragging GameTrailers into the accusations for the heinous criminal act of broadcasting videos and trailers relating to the Assassin’s Creed franchise.

Beiswegner has “over 40 years of Product Research, Design Engineering, Product Development, Manufacturing, Product Management, General Management, Marketing and Sales experience in high-volume consumer and commercial hard-goods.” He also holds over 20 patents for a variety of household appliances. In essence, he is an expert in creating and “inventing” products that already exist.

Thankfully, Beiswegner will have a tough time proving that Ubisoft had any intention whatsoever of ripping off an obscure book written by a guy that invents additions to alarm clocks. He will have to prove in court that the creators of the AC story arc actually read his book or knew of it prior to creating the game, and/or that the idea was an original one that he himself produced. Good luck proving that one Mr. Beiswegner. The concept of a device that allows you to go back in time is a wholly unique one and is not present in any form of cultural media.

Lesson of the day: Get as many patents as you can on items that encompass various facets of society, and when you see somebody making a sh*tload of money off of one of those items, sue the crap out of them!