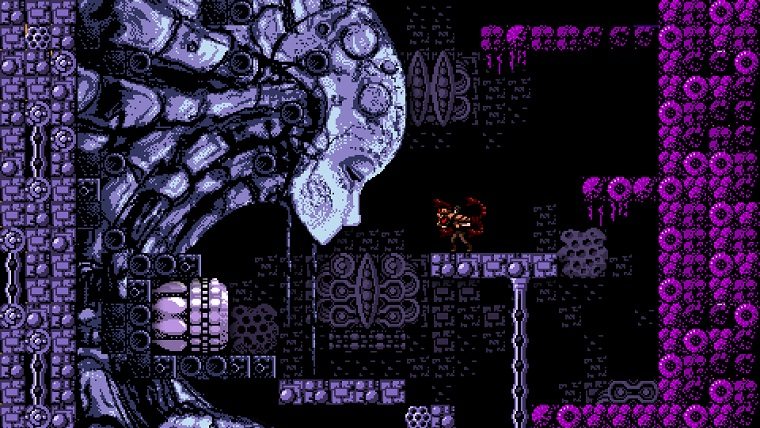 It wasn’t an easy process, but the PlayStation Vita version of Axiom Verge finally has a release date. The game will be available to download on the Sony handheld on April 19th, which will be free for PlayStation 4 owners of the game via Cross Buy.

The mastermind behind the entire game, Tom Happ, posted the news on the PlayStation Blog. Here’s part of what he said regarding the challenge of bringing the game to PS Vita:

“Tom Spilman from Sickhead Games was in charge of the porting process. Porting an engine to a new platform is an incredibly complicated task, yet he was able to pull it off easily for PlayStation 4. After the PlayStation 4 version was done, however, porting it to Vita turned out to be a lot more challenging. Optimizing an engine is slow and painstaking work. As the months ticked by, Tom was feeling a great deal of pressure to get MonoGame working.”

“One analogy that I like to use when describing getting Axiom Verge working on PS Vita is that of a lightbulb. For months, Tom Spilman was putting in all of the wiring, but until it was fully connected, the light bulb just couldn’t turn on. And finally, about a month ago, Tom Spilman was able to make the final connection. The build went from not running at all on Vita to running almost perfectly. There were a few bugs here and there that needed to be tweaked, but most of that was fairly minor and easily handled.”

Along with the upcoming PS Vita version of Axiom Verge, the game will also be coming to Xbox One and Wii U later this year. For those who haven’t played the game yet, both versions will be 10% off the week of the game’s launch on PS Vita.