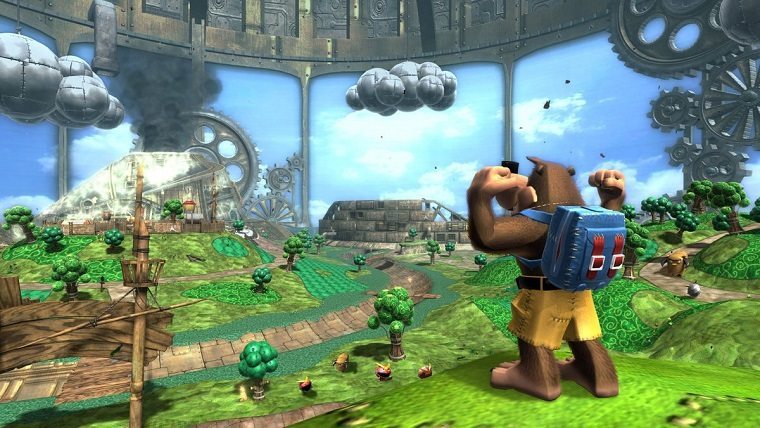 While we’ve had to wait awhile, the game has finally received an update that will apparently put things back to normal. Developer Rare recently took to Twitter to give an update on the game’s performance, saying “Been playing Banjo-Kazooie: Nuts & Bolts? It’s had a new performance update so jump back in via #RareReplay or backwards compatibility!”

While the game originally ran at 30fps, there were instances where the Xbox One backward compatible version would dip as low as 19fps. This would happen most frequently in the game’s hub world, though other areas were able to hold a stable 30fps.

One thing that this new update definitely won’t change is the mixed response to the game that it got back when it launched, as it mixed up the series’ gameplay pretty dramatically. However, many of the series’ original developers are working on a spiritual successor to the original Banjo Kazooie games called Yooka-Laylee that is set to launch next year.