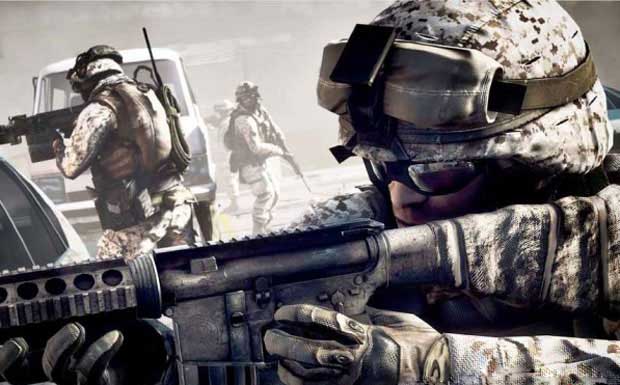 This fall there will be a war for the wallets of gamers when Battlefield 3 and Modern Warfare 3? release in what is presumably November.  By then, gamers will have had the chance to put each game through its paces and figure it our for themselves. However, now is the time when developers point fingers and brew up the rivalry.  Not intimidated by Call of Duty’s unimaginable success worldwide, Battlefield 3 developers not only claim that Battlefield 3 will be better than whatever Activision puts out this year, but their last game was better as well.

Patrick Bach thinks you need only ask gamers which game they thought was better, between Call of Duty: Black Ops and Battlefield: Bad Company 2:

“Asking the community and the reviewers which was the better game between Bad Company 2 and Black Ops , we had the higher score. So we’ve already built a better game in theory, but I think it’s just based on the trust everyone has in DICE and in us building Battlefield games in general.”

So then by any stretch of the imagination marketing is more important than reviews when it comes down to sales figures.  So why is Metacritic so widely regarded by industry analysts and company CEO’s?  Look at Homefront.  Homefront got horrible reviews from many well respected game publication and appears to have sold quite well in its short time on the market.  There’s no telling who will win the sales war this Fall but EA has recently announced it will putting up serious money in the advertising for the game to the tune of $100 million.

When Bach was asked who he thought would sell more copies this Fall, he replied: “if you have the better product, why wouldn’t you?”