Battlefield 3 is a Special Game 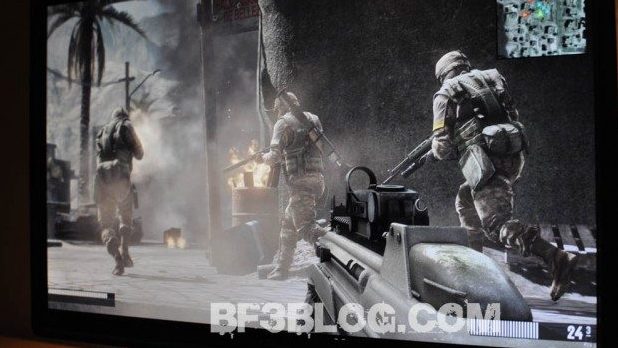 If there’s one FPS (other than Killzone 3) that I am looking forward to with huge anticipation to in 2011 it’s Battlefield 3. Much to my surprise it’s going to be special!  Better yet, it’s going to even more special on the PC.  David Goldfarb posted an announcement on his twitter feed in regards to this specialness. “We are putting ‘special’ effort into the PC version, even for us, it’s extraordinary.” and it must really be extraordinary because everything DICE does is pretty amazing.  This comes alongside comments that Battlefield 3 and Windows XP are not going to play nice together this time around.

Nothing has been seen or heard from about the upcoming shooter but if they do intend to release the game in the back half of 2011, chances are we will be hearing much more about the Call of Duty killer in the coming months.  Industry Gamers recently did an interview with EA’s John Riccitiello where he stressed 2011 as the release time frame for Battlefield 3.  “Next year we’ll make a lot more progress. We’ve got a couple of third-party games in the form of Crysis 2 and Bulletstorm, and then our big focus is Battlefield 3 in the second half of the year. I’d be shocked if we didn’t take a notch out of Activision.”

Readers Question:  Are you waiting patiently for Battlefield 3?  And can it take down Call of Duty?  Or is Battlefield already better?