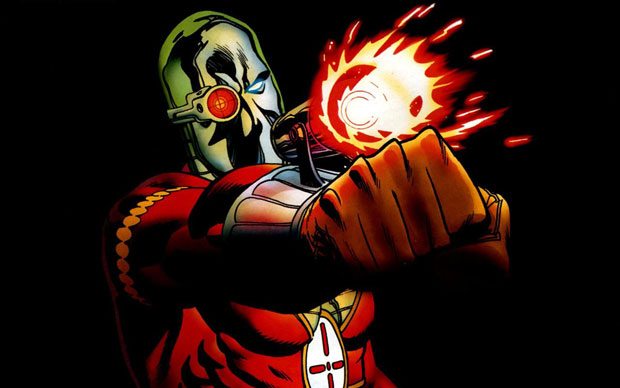 Rocksteady has revealed another villain in the already growing cast of baddies that will be headlining in Batman: Arkham City.  According to the developer, Deadshot will make his video game debut in their next Batman game due out this October.

The character will be part of a side mission in the game where Batman attempts to stop the world’s greatest marksman from killing a list of targets on his hitlist.

Fans of the comic book version of the character may not recognize Deadshot as he’ll undergo some wardrobe changes to fit with the narrative of Arkham City.  Disguising himself as a prisoner, Deadshot sneaks into Arkham as a inmate, so his colorful ensemble will be traded for prison garb.  Though he will have his trademark wrist cannons and eyepeice.