The latest news in the world of video games at Attack of the Fanboy
November 6th, 2015 by Dean James 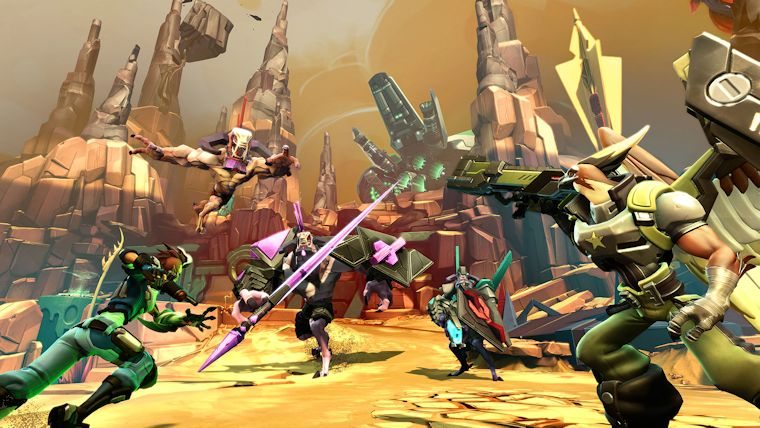 Battleborn is definitely one of the most intriguing games scheduled for release next year, coming from the studio that brought us Borderlands. The game has been scheduled to release in February for awhile, but following their recent closed Beta test, they have decided to push it back by a few months.

Originally scheduled for release on February 9, Gearbox and 2K has officially revealed that Battleborn will be coming a just little less than three months later on May 3, 2016.

Through an announcement on the official website for Battleborn, they revealed the delay itself and their reasoning for doing so.

“We at Gearbox are feeling energized by the data of our Closed Technical Test, and the additional time will allow us to better act on the feedback for Battleborn competitive and cooperative play when it releases.  We sincerely appreciate your patience as we work tirelessly on Battleborn.”

It is good to see that they felt comfortable with delaying the game to make it even better, likely getting a lot of ideas from the recent closed beta. They also mention that they will be holding an open beta sometime early next year, so that will be something to look out for.

AOTF recently got to try out Battleborn hands-on, so you should check out that article for more information that might help to sell the experience for you.