Battlefield 3 and RAGE push consoles to their limits says developer 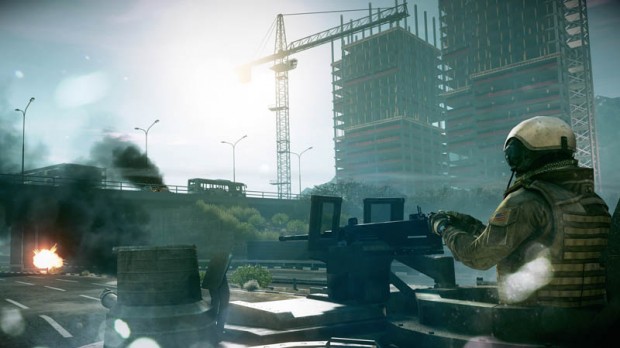 If you’ve played RAGE, you’ve likely seen what many consider to be one of the best looking games of this console generation.  While Battlefield 3 has yet to be released in all its texture pack installed glory, DICE believes that it will also be in that same category as id Software’s latest masterpiece.

Patrick Liu of DICE sat down to talk about the hurdles that developers are facing, and why he thinks that these two games will mark the peak in visual fidelity for this generation.

“Both Battlefield 3 and Rage are pushing console hardware as much as developers can now, and I don’t think anyone will make something better with this generation of consoles”…”If we were to do something bigger, which we can, then we would require a next generation console.”  When pressed about what he thinks Sony, Microsoft, and Nintendo should focus on for the next generation, the developer reiterated much of what we’ve already heard from other developers.  “One bottleneck that we always encounter, both on Xbox 360 and PlayStation 3, is memory.  If we had double the amount of memory, it would be great.  We could do so much more.  So I think more memory would give us more bang for our buck.”

Rage which recently released offered up some seriously great looking gameplay on consoles, though many took notice of problems with textures loading.  Will DICE’s optional install for upgraded textures be enough for gamer’s that were left unimpressed with the visuals seen in the multiplayer beta for the game?  We’ll have to wait and see.