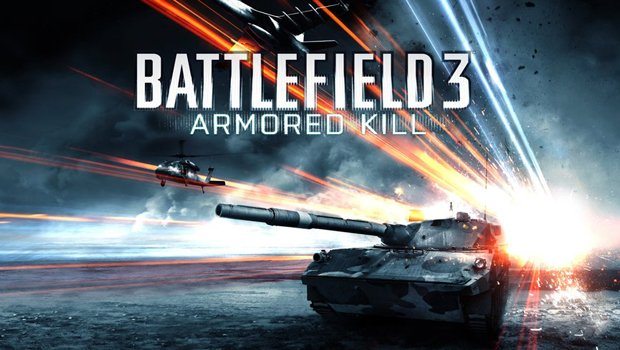 You may not personally consider Battlefield 3 to be the best FPS out on the market right now, but regardless of how you think it stacks up against others of the genre, you’ve gotta give it one thing, no game does vehicular combat like Battlefield.

Arriving this September, Battlefield 3 DLC “Armored Kill” will not only feature the largest Battlefield map ever created in Bandar Desert, it’ll also bring players vehicular destruction from the air, sea, and ground on an unprecedented scale.

Of those four new maps, two of them are shown in the trailer – the sandy chaos and unparalleled scope of Bandar Desert, and and the snowy mountainous terrain of Alborz Mountain which will feature some narrow, slippery roads that are sure to make for some interesting tank battles.

If you’re a Battlefield 3 Premium member, you’ll get access to the vast destruction of Armored Kill two weeks before everyone else. If you’re a part of “everyone else,” quit being so damn stingy.

Check out the trailer for the next Battlefield 3 expansion, Armored Kill, below: