Battlefield 3 Campaign Will Be Linear 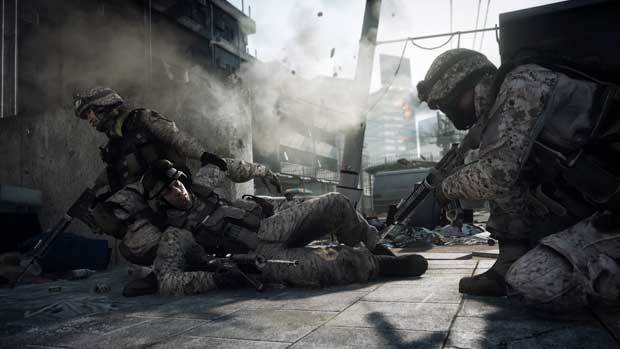 It looks like  DICE has had a change of heart when it comes to the campaign portion of the game.  Taking a different approach from its latest offerings Bad Company 1& 2, Battlefield 3 will be following a more linear scripted single player offering.  This will likely be filled with the types of things we’ve been seeing in the Fault Line Trailers:  Tense gunplay, peppered in with scripted action, and impressive displays of tech from the Frostbite 2.0 Engine.

Why did they have a change of heart?  Patrick Bach believes that most sandbox games are “boring”.

“I don’t see it as an absolute goal for all games to be sandbox games. We’ve been building sandbox games for quite some time and we’ve got pretty good at it, but I don’t see that as the only way of building games, because then we wouldn’t build campaigns at all,” said Bach.

“In some cases they aren’t, but in most cases sandbox games are hardcore, boring, hard to get into and they are not very popular.”

What would you rather have?  A shorter more linear game, that has a focused and narrative driven gameplay style?  Or an sandbox style game where there are many ways to tackle problems as they arise?  Let us know in the comments section below.