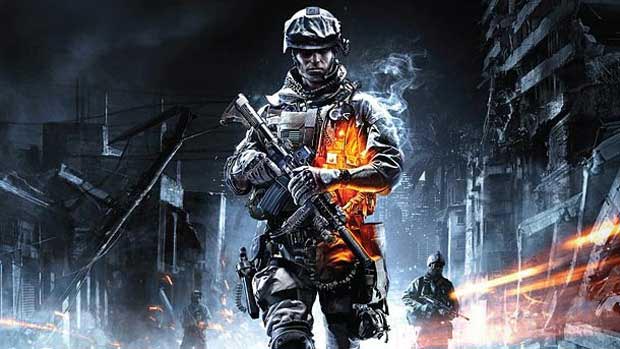 Recently confirmed for a 2011 release, the Battlefield 3 news is beginning to break.  Of the most notable things about the next Battlefield game is the focus being placed on the story this time around.  The Single player campaign for the Battlefield series, whether talking about Bad Company or other, has been largely multiplayer centric.  It appears that this time around DICE will be focusing on delivering a top notch single player campaign alongside the awesome multiplayer they are already renown for.  When Bad Company came out a couple of years ago, DICE introduced us to the Frostbite engine and it’s destructible nature.  Now in it’s second iteration, Frostbite 2 is the engine that Battlefield 3 will run on, and whether playing the single player or multiplayer components one thing that will be persistent is ultra realistic destruction in all areas of the game.

Battlefield 3 will feature dense urban environments, and will “deliver real time devastation on a much larger scale”.  With the latest rendition of the Frostbite Engine, nothing is safe from the destructive formula.  Recent tech demos have shown an “earthquake ripped apart the city streets, and a seven story structure collapsed in a plume of dust particles and rubble.”  Realism is said to be the major factor in play here.  Explosions causing rippling effects, concussive forces breaking glass, and shattering the once pristine environments of the world.

In a recent interview with Game Informer, Battlefield 3’s art director Gustav Tilleby claimed that “We’re only starting to scratch the surface of what we can do with the engine”. But just because they can do many things with the engine one of the main points that the executive producer Patrick Bach recently expressed, was that “It needs to be believable”.

“You can’t have earthquakes all over the place while you’re running and gunning.  We want to have set pieces that fit the map.  Set pieces can be more than big explosions and big animations.  We have some cool things up our sleeves.” said the producer.

Battlefield 3 and it’s massively destructive environments will be heading to PC, PS3, and Xbox 360 in the Fall.