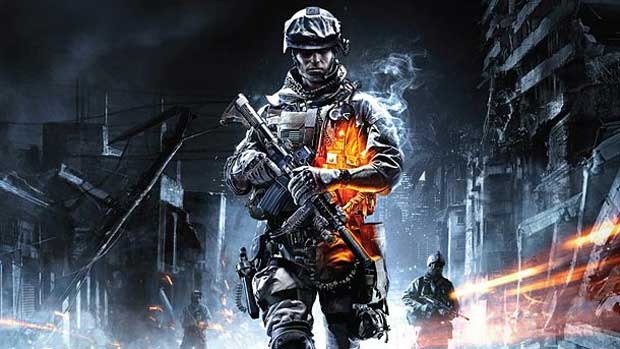 Originally, EA had hoped to release the first footage for Battlefield 3 via Game Informer and the game’s web portal.  Things did not go according to plans as the trailer was leaked early on YouTube.  EA has since released the official game footage and more details about the upcoming shooter have slipped onto the nets, this time courtesy of GI.  The game is slated for a Fall 2011 release, and with that release Battlefield is going to be returning to it’s roots.

One moment you may be marching down a hilltop listening to the hypnotic sound of a firefight in the distance or admiring the way the light reflects off the smoke plumes of ground to air missiles rising from the city you’re about to engage.  The next you’re on an urban street, surrounded, claustrophobic, fighting for your life and looking eight ways at once with all your senses on high alert, chilled at the knowledge that the building you’re hiding behind can be your best friend or your worst enemy.

“Several standout features that defined Battlefield 2 return to the fold, including 64-player multiplayer on PC, jets, and the ability to go prone.” Go prone? What is this madness you speak of.  I call sniper.

DICE is soon approaching and with it even more information about the upcoming shooter.