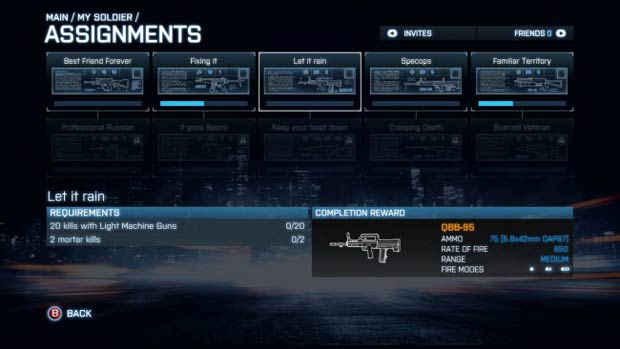 Pretty soon all players can level the playing field in Battlefield if they feel like coughing up some coin. Launching alongside the rent-a-server functionality and lengthy list of patches, DICE also incorporated the ability for players to purchase shortcuts through the multiplayer progression.

Coming in three packs, these shortcuts unlock weapons and items that were previously only attainable the old fashioned way, by earning them on the battlefield. New players that might just be getting into Battlefield 3 will have the ability to purchase these Shortcuts in three packs: One for Kit Specific items, one for vehicles, and the third seems to be a catch-all that unlocks both the kit and vehicle shortcut items.

These new unlock packs are available now on PlayStation 3, and it’s probably safe to assume that DICE will also offer the unlocks via Xbox Live Marketplace and Origin. The long awaited PC patch for Battlefield 3 is scheduled for March 29th with the Xbox 360 soon to follow.

If you grinded your way through the deep progression system of Battlefield 3 do you feel this is fair for new players to “shortcut” to the good stuff? Let us know in the comments section below.