Battlefield 3 on Consoles Will Lose Some Quality 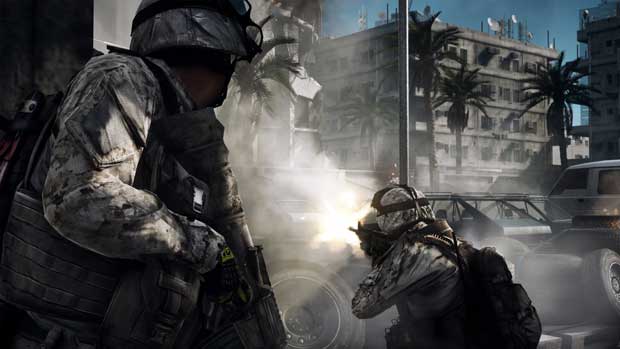 Mostly everything that has been seen thus far from DICE when it comes to Battlefield 3 has been on PC.  More importantly, high-end PC’s.  The type of PC’s that only a handful of the most dedicated (and wealthy) PC gamers are going to have.  When Battlefield 3 launches this Fall, the majority of players will be playing the PS3 and Xbox 360 versions of the game.

In a recent interview Patrick Bach details that these console versions won’t have nearly the level of quality that has been shown thus far.  In an interview with Video Gamer, Bach told the online publication that consoles will lack in resolution, framerate, anti-aliasing, and motion blur.  You know, all of the things that make your jaw hit the floor when watching this game in action.

“The higher resolution, the higher framerate, the anti-aliasing, the motion blur, stuff like that. We can’t have it to the same quality on the console,” says Bach.

“The problem if you’re setting a new bar is you’re pushing yourself up. Of course there’s a challenge by showing something that looks amazing on PC and then something that just looks great on console. I think the challenge is to beat ourselves. Of course, it’s hard to do that because of the practical limitations of the consoles.”

Home / Game News / Battlefield 3 on Consoles Will Lose Some Quality