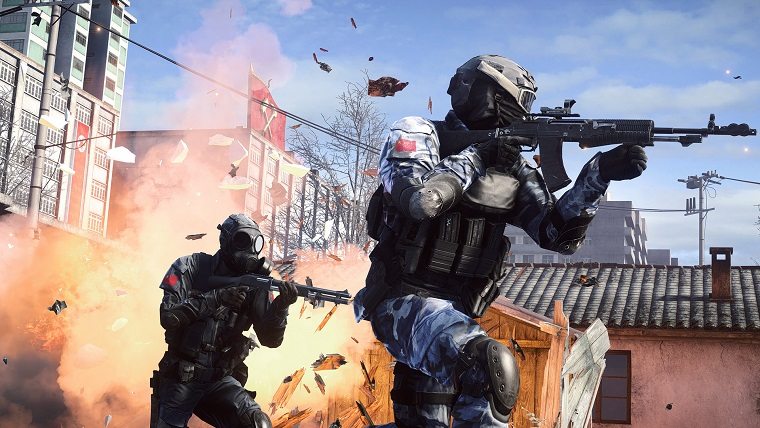 Despite Battlefield 1 being the Battlefield game that everyone is talking about currently, there are still some patches that are coming to earlier games in the series. This latest one is for Battlefield 4, though it is filled with new UI tweaks that are more tailored around getting you into Battlefield 1. This update patch has been released for PlayStation 4 and Xbox One, and allows you to join a Battlefield 1 game while playing Battlefield 4.

There are also some general bug fixes included in the patch along with the UI tweaks, which includes things like server browser bug fixes and the game no longer falsely putting players in an offline state after returning to the menus from gameplay. The following are the complete patch notes:

Battlefield 1 most recently got the Giant’s Shadow DLC for those who pre-ordered the game’s Premium Pass, though it will be available to everyone for free on December 20th. The DLC includes a new map that takes place in France, though it also includes new features like the Spectator Mode. “In Spectator, players will be able to join a live BF1 match as an observer. From there, observers can switch between first-person and third-person camera views of all the players on the battlefield through our Player View mode, get an overhead bird’s eye view of the battlefield in Table Top mode, or fly a camera through the world using Free Cam mode.”

Battlefield 1 is available for PlayStation 4, Xbox One and PC.